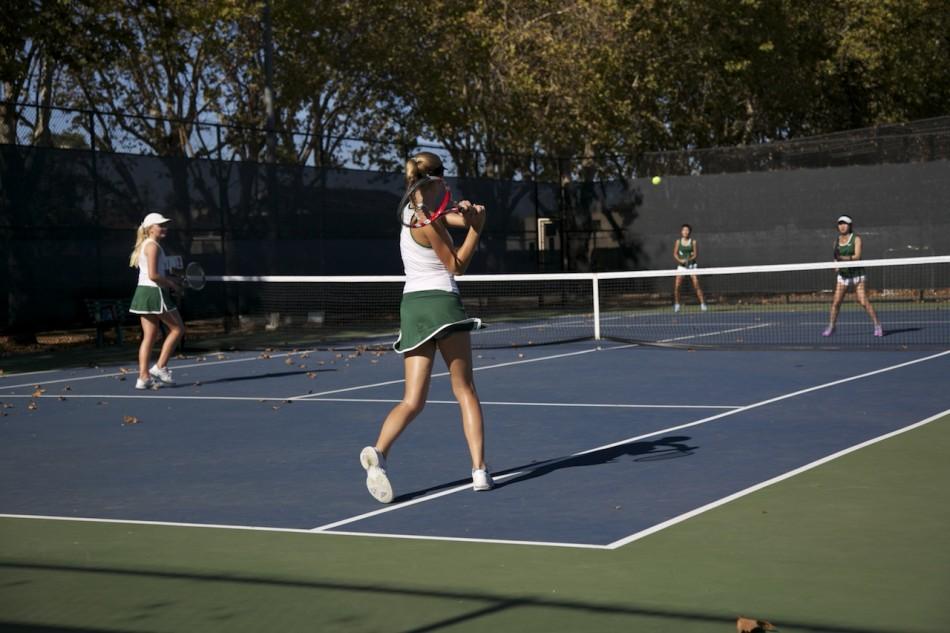 In the Girls Tennis 11th matchup of the season, the Vikings were defeated by Homestead 6-1.  After winning their invitational tournament at Paly over the weekend, the team was unable to keep their win streak alive.

“Today, we played not so good. We had a great tournament and the girls played absolutely great [in the tournament]”, said coach Andy Harader, “Many of our first sets were really tight, but it came down to a couple of points, and in many of those sets we lost.”

“The team that we played was very tough and played very consistent and I was glad we were able to pull through,” said Zhang.

What troubled the team in this matchup, was their inability to win late in sets.  Doubles partners Meredith Cummings (‘17) and Halle Biorn (‘16) lost their first set in a tiebreaker, 7-5, and Avanika Narayan (‘17) lost her first set 7-5.  Neither was able to rebound, and both could not win the next set.

However, the girls tennis team is looking forward, keying on their next matchup against, Los Altos on Thursday.

“We’re really excited for the rest of the season. This league is a lot tougher than the lower league (which were in last year) so every match is really close. We’re excited to go out and try our hardest and hopefully get some wins!”, said Biorn.