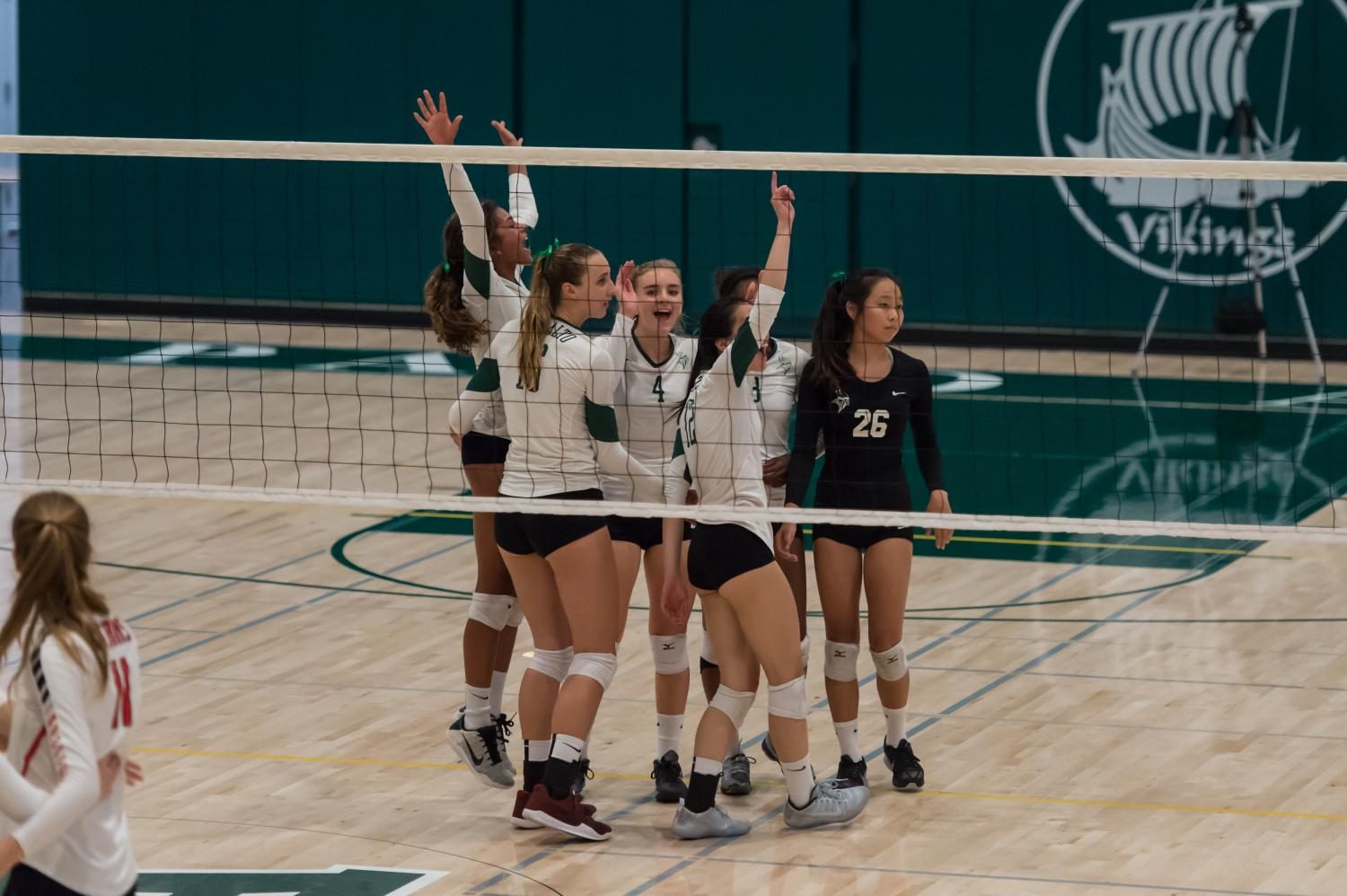 The team celebrates their win.

Bouncing back from a hard loss to Saint Ignatius the night before, the Vikings came out swinging in the first set as the faced off against last years state title champions. Co-Captian Chelsea Fan (’19), along with teammate Amelia Gibbs (’20), both contributed harsh spikes early on to set the game’s tempo. The Vikings took the first set 25-21.

Paly and Menlo were neck and neck the second set, but eventually Paly prevailed. Chelsea Fan had a huge block to put Paly up two and cinch the second set 26-24. To wrap up the game, the Vikings won the third set by a score of 25-16.

Amelia Gibbs had an especially notable performance, contributing both on offense and defense all night to help beat the Knights.

“I think the team played really well, our defense was especially strong and we hit harder than them which was a huge part of our win, overall everyone had a really good game.” Gibbs said.

Head coach Daniele Desiderio agreed, praising his team for their performance against Menlo, a tough competitor.

“This was the best performance of the season yet,” Desiderio said. “We’re always trying to get better and today really showed that.”

The team has been experimenting with different rotations looking for the best fit, and tonights group seemed to stick.

“For the past couple of games we have been switching up the line up, trying to figure out what works best and we definitely found that tonight.” Fan said.

The Vikings currently stand with an overall record of 2-2, and start league games next week. This Saturday they face off against Notre Dame in a neutral tournament.