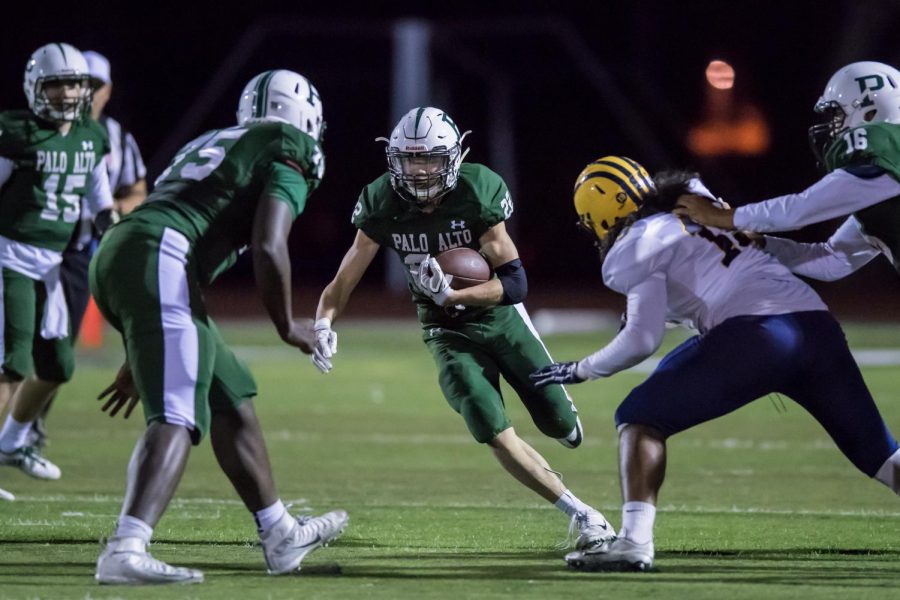 The Vikings almost broke through the Milpitas defense after a big return as the clock wound down in the first quarter. However, Milpitas stopped Paly and got the ball back keeping the Vikings off the board.

The Trojans added another rushing touchdown early in the second quarter and then added a 16 yard touchdown to Fifita to put an end to the first half.

The Trojans continued their dominant performance in the second half and went on to win by a score of 49-0.

“We performed pretty bad,” said Aiden Chang (‘19). “We are looking forward to improve in our little mistakes and get better.”

The Vikings (1-6) look to bounce back this Friday in the homecoming game against Saratoga at 7.