Bored of the NBA Lockout? Read this book and look to cycling – The Viking Magazine
MENU 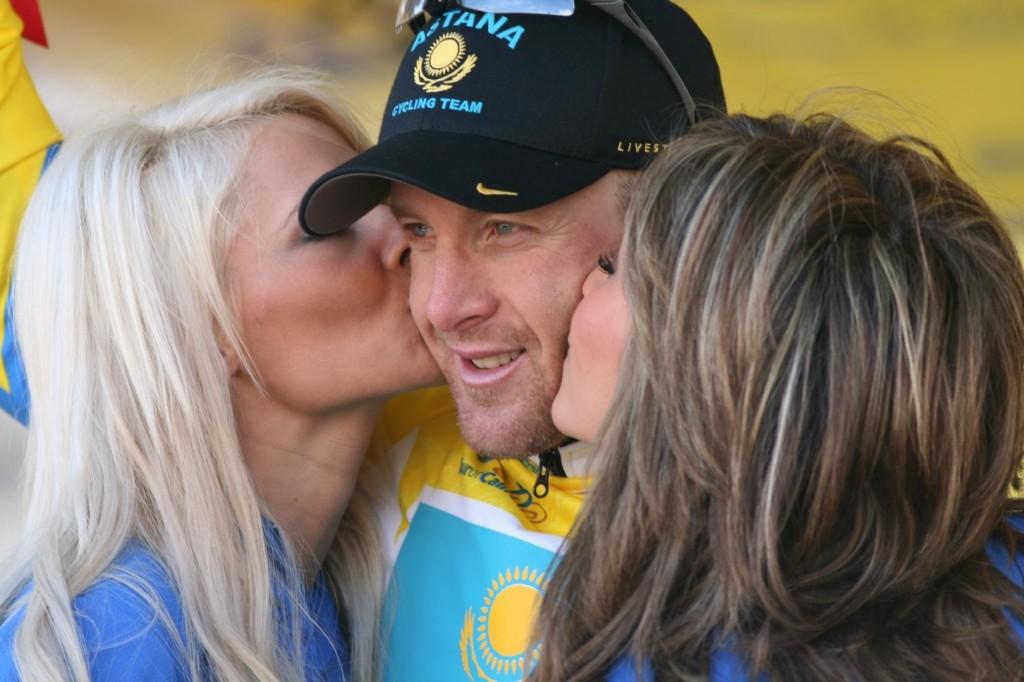 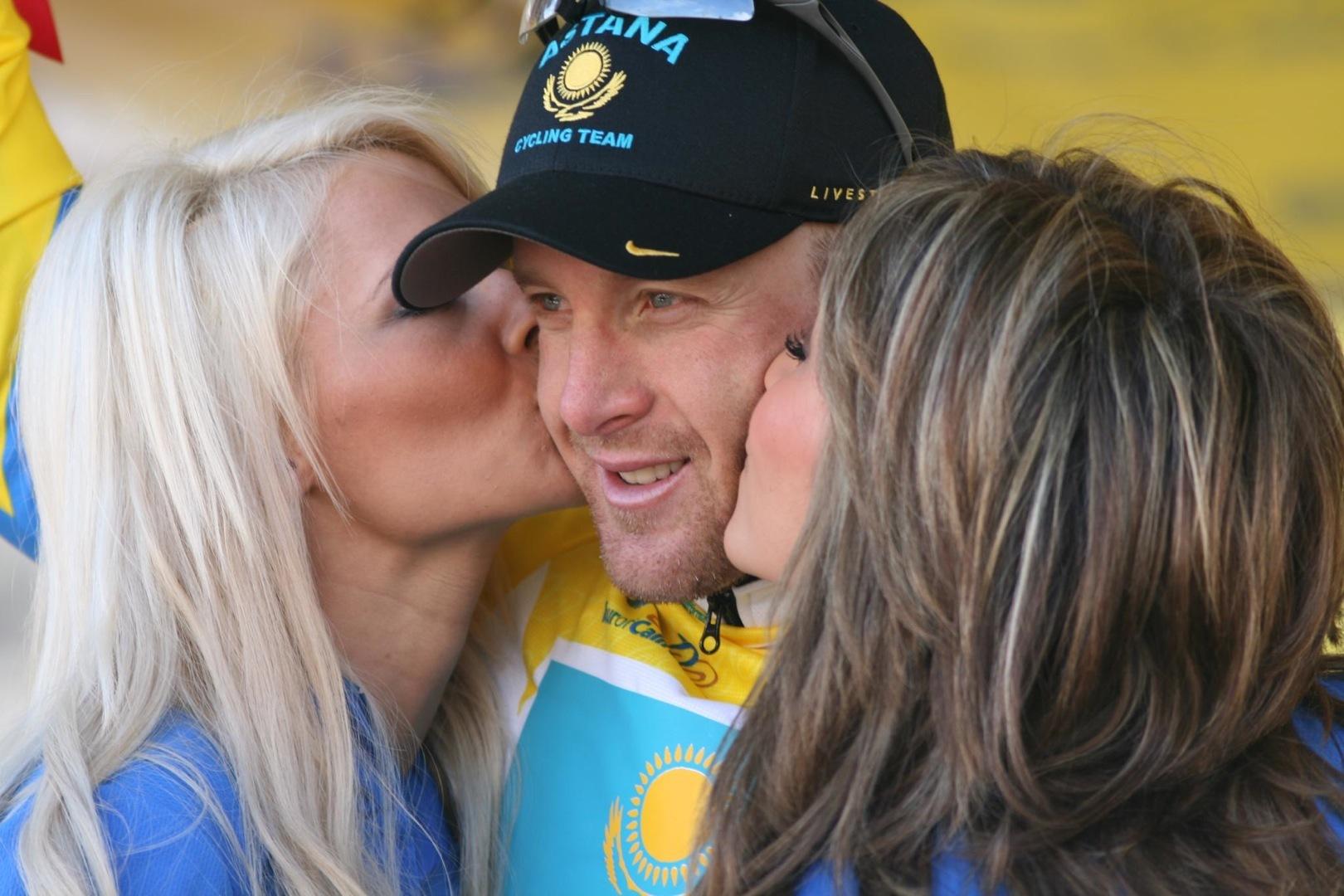 In the wake of what seems to be more arguing about the NBA lockout, I decided to sit down and reread The Book of Basketball. Because it really isn’t looking good for the NBA right now. Now, I’m going to have to be satisfied by my Stanford season tickets (but hey, at least we’re 3-0 so far!) and NBA Live on the Xbox, and my continual reading of TBOB. Like B.O.B of the math textbooks is most likely your savior for whatever math you are in, TBOB is my basketball savior. Or for another analogy, my obsession of TBOB is comparable to those Harry Potter fanatics you see freaking out about the minute details that are different between the novels and the movies. Basically, it should suffice to say that I really like the book. After all, I made a freaking acronym for it. I owe you so much Bill Simmons…

So for all you basketball fans yearning for the NBA, I would recommend this book to you in a heartbeat. And that says a lot. I, after all, am a Lakers fan. Simmons is a Celtics fan. Simmons hates Kareem, I love him. So its pretty obvious we have some inherent differences. But, I respect his opinions.

I’m going to start off by highlighting two chapters: five and six. Chapter 5, ”Most Valuable Chapter” starts off with 15 features Simmons loves about the NBA while Chapter 6, “The Hall of Fame Pyramid” (basically Simmons’ premise for writing the book) starts off with 33 wishes of Simmons that the NBA would adopt. 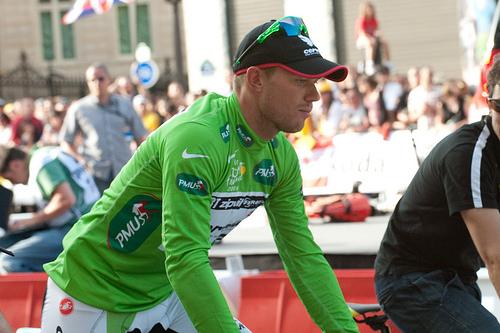 Thor Hushovd of Norway is known for sprints and time trials, thus being a good candidate for the green jersey. Photo used under Creative Commons from hyku.

Just quickly, one of the 15 things he loves about the NBA:

“14. Tattoos. Tons and tons of tattoos. No other sport has you saying things like, “I wonder what those Chines characters stand for”….[Simmons’ buddy] has been arguing for years that, along with a game program, home teams should hand out a tattoo program that explains the origin of every tattoo on both teams (complete with pictures). Like you wouldn’t thumb through it during time-outs?”

Chapter six is where he really sets up the majority of the book though (338 pages out of the 715 pages. Hey, he ranks the top 96 players ever. That takes down a few trees.)

But number 12 got me thinking. (#12 being: “Stealing a premise from Rasheed Wallace, I wish the defending champion’s coach would wear a WWE-style championship belt to every game. If his team loses the title at the end of the season, the incumbent would then hand over that belt to the winning coach [hopefully sobbing like Johnny Lawrence at the end of the 1984 All-Valley Karate Tournament].” Its a movie reference. What can I say? It’s a movie reference. It spoke to me.)

Really dont know how I connected Rasheed Wallace with the Tour de France, but I did. And this is what I came up with. Number 34 Mr. Simmons. 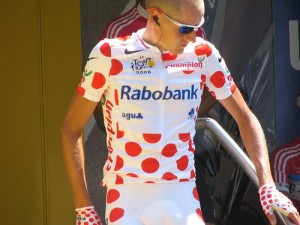 Michael Rasmussen (DEN) won the King of the Mountains contest in 2005 and 2006. Photo used under Creative Commons from gavandanna.

34. Stealing a premise from the Tour de France, I wish that the league leaders in points, rebounds, and assists, and the leader for Rookie of the Year, would wear different jerseys from the rest of their team (and the league).

In the Tour, the overall leader wears a yellow jersey (the maillot jaune, French for those words exactly). The logos and sponsors are exactly as the same as the rest of his team, but the background color, instead of being the team’s, is golden. I’m foreseeing this jersey being the points leader. But, there’s one hitch. Since Kobe would obviously be the points leader, since he’s the best and so are the Lakers, it wouldn’t look different from his other, normal jersey. Whatever. Oh and another plus. You can have women (maybe the aforementioned cheerleaders) present it to each player? Like Levi Leipheimer is so happily showing? Well, if that’s how the Tour does it, I guess we should keep things consistent.

The second jersey in the Tour is the King of the Mountains jersey. Specified mountains are assigned points in the Tour, and the first to reach to top those designated hills/mountains receive points. The nearest similarity I can find to mountains in the NBA would be rebounding. Because the most rugged riders are climbers, and it takes a certain amount of ruggedness to dig out a board.

The green jersey in the Tour is the points, or sprints leader. Each stage is given a number of points, determined whether it was flat, hilly or mountainous or a time trial. Riders are then given points based on where they finish, obviously gaining more points when the finish higher. Flat stages are worth more than a mountain stage. There are also more points given during intermediate sprints (springs in the middle of a stage). I thought this jersey would be best given to the assists leader. Like the sprints leader, an assists leader is generally quick and leads the team (or the peloton in the biking sense). 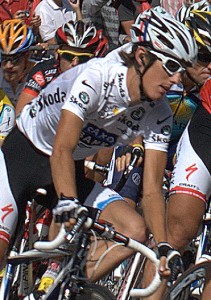 The last jersey from the Tour is the white jersey, the “Best Young Rider” jersey, given to the the rider under 26 years of age who places highest in the general standings. This one’s pretty self-explanatory: the rookie of the year.

Now there are some obvious drawbacks to this plan. What if someone is leading the league in more than one of the above categories? Well, simple. The maillot jaune trumps all. After that, it’s the players’ choice, I’d say. The major part of this idea that doesn’t work, though, is that since sometimes, the stats are so volatile, these things can be changing every day. And since, unlike the Tour, not everyone starts and stops in the same cities, so there can’t be a grand ceremony each day. That is why I propose that it should be a weekly event. The leader through Sunday gets the jersey, and gets to wear it throughout the week. If he doesn’t make it through the next week, too bad.

How sick could this be? I dunno about you, but I’d sure like to see Dwight Howard in a red and white polka dot jersey. SWAG.