The Serene Sport – The Viking Magazine 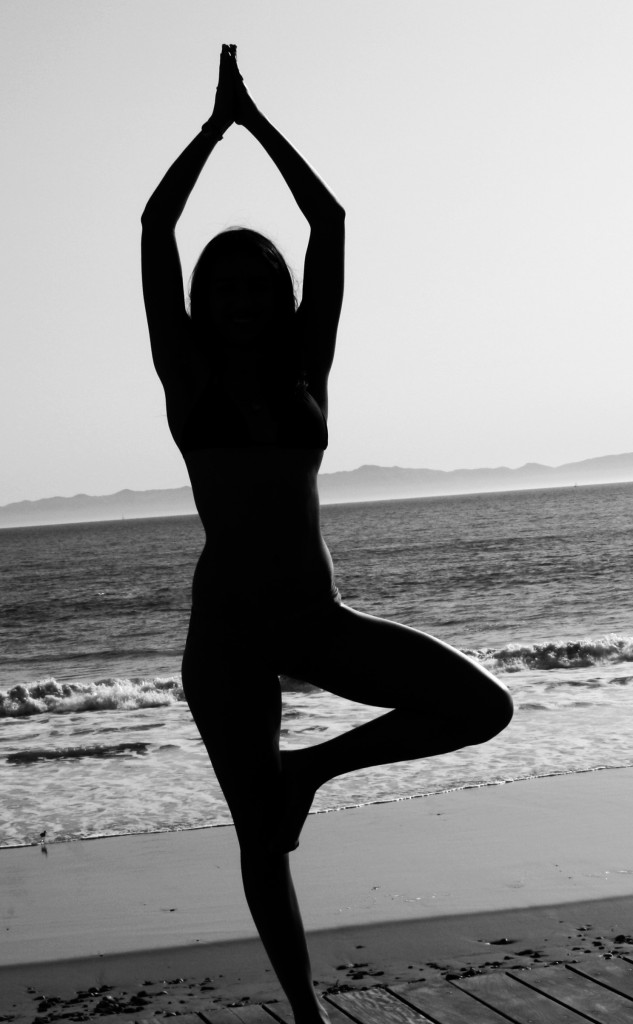 Yoga both relaxes and strengthens the body.

All athletes know what it feels like to be sore. Whether it is because of a tournament, practice, tryouts, all athletes have rolled out of bed with tight hamstrings, sore arms and aching feet before spending the day hobbling from class to class, unable to laugh because of sore abs. Luckily, there is a solution to the aches and pains that high school athletes experience every day. Salvation comes in the form of a four-letter word: yoga.

Because of the competitive nature of high school sports, athletes train five times a week during the high school season. Although this repetition may be great for refining details and perfecting play, it also means that players have very little recovery time on a day-to-day basis. The lack of a rest period often leads to injuries. Yoga offers a solution to this problem without having to cut down on practice time.

Palo Alto High School varsity baseball coach Erik Raich supports the idea of high school athletes’ involvement in yoga to help with their flexibility, which is an important part of baseball, but also to help reduce injuries during the season.

“It helps with preventing injuries, but also allows them to have better recovery time and less soreness from everyday play,” Raich said. “It increases a player’s overall athletic ability.”

Paly athletic trainer Stacy Koffman agrees with Raich that an important part of a player’s athletic ability is balance and flexibility.

“Yoga can help deal with balance issues and athletes’ flexibility,” Koffman said. “This will help eliminate potential injuries due to muscle imbalance and stiffness. The more flexible you are as an athlete, the greater range of motion you can go into, and the less likely you are to hurt yourself.”

Larry Hatlett, a yoga instructor at the California Yoga Center on Cowper Street in downtown Palo Alto, agrees that yoga can help alter an athlete’s performance. Hatlett has worked with a few members of the San Francisco 49ers and professional swimmers, and notes that yoga has helped them improve balance, concentration and agility.

“There are several ways yoga can help athletic performance,” Hatlett said. “First, through yoga, concentration techniques bring better sensibility to one’s body. Second is through better balance, and staying in balance is key to many sporting activities. In general, yoga develops better posture and that reduces tension and increases energy flow.”

But if yoga is so good for young athletes’ bodies, why are there not hordes of teenage athletes in yoga centers at least once a week? The problem with getting athletes involved with yoga, especially boys, is that they think that yoga is an activity reserved for the later stages of their lives.

“Some [baseball players] think that it’s for sissies,” Raich said. “But once you explain the benefits of it, most of the players come around and try it.”

“A lot of people think of yoga as a very feminine thing to do, which is a bad stereotype,” Martignetti said. “Once athletes can get past the stereotype, then people can really open up to it and benefit from it.”

Another one of the issues Hatlett sees is that people believe they need to be very flexible to even attend a yoga class.

“People get discouraged by seeing others being much more flexible,” Hatlett said. “But they don’t know that flexibility is only a small part of yoga.”

Paly varisty baseball outfielder Jeff Cohen (’11) says that if he had more free time, yoga would be a great outlet to help him alleviate soreness and create a balanced workout.

“I would like to do yoga if I had more time,” Cohen said. “It would help my shoulder and would be good for me in general. It’s a good way to get a workout.”

Cohen feels the time limitations also affect his teammates and with more time, a yoga class would be feasible.

“I think a lot of high school athletes would do it if they had time,” Cohen said. “For team bonding and to stretch out tight muscles.”

However, there are athletes that find the time and courage to try yoga. Boys’ varsity water polo driver, Aaron Zelinger (’12) began doing yoga this summer because of small injuries that were starting to bother him.

“I got really scared over the summer because I broke my finger and hurt my wrist, and then I pulled my groin during two-a-day practices, so that’s what really got me started on yoga,” Zelinger said.”Depending on our game schedule, I usually go before school and then on a Sunday night.”

Zelinger sees the multiple advantages to doing yoga, both for his physical and mental well- being. He sees improvements in his flexibility, focus and overall fitness.

Spanier sees that yoga plays a key role in the mental aspects in a game for young athletes.

“It helps us focus and when you learn the yoga breath helps if you get too fired up in a game situation,” Spanier said. “You can use the breathing technique to just pull back and take a moment.”

Athletes strive for consistency in both their physical and mental game and yoga can help them achieve this goal.