Playing for the Thrill of it – The Viking Magazine

Playing for the Thrill of it

Whatever happened to the days in AYSO when coach told you the number one rule was to have fun? Have sports become a means of success more than a means of entertainment? Do people still play sports for the right reasons?

Should Paly’s sports be focused on helping the select few who can get into college for sports, or should it be about increasing the popularity of sports in our community by providing means for everyone to play?

One of the hardest decisions any high school athlete has to make is whether he or she wants to play at the next level (usually collegiate). Can the ever increasing competition to play at D1 schools take the fun out of sports for those trying to pursue their dreams?

Players who choose to play collegiate sports have to face the challenge of being noticed by colleges. In some sports this is simpler than in others.

Skyler Felt (‘13) knows the difficult choice between playing for your school and being recognized for colleges. He played varsity soccer his sophomore year, but will not return to the team this year. Instead he has opted to play club year round.

“I like [my club team] because the trainings are intense, the coaches know what they’re talking about, and the exposure to colleges is great.” Felt said, “We travel somewhere one or two times every month to places like Vancouver, Florida, Arizona or down south.”

Former teammate of Felt’s, both in club soccer and Varsity soccer, Peter Lamminete (‘13) also finds it difficult to decide between Paly and club soccer.

“My club soccer team was invited to play in two national college ID showcases, which conflicted with the Paly varsity season.” Laminette said, “The difference between varsity and club is the visibility of being seen by college coaches, and since I’m looking to play college soccer, I had to choose club over Paly.”

As much as Felt and Lamminette enjoyed playing club soccer they did acknowledge that the decision was difficult.

“I enjoyed playing soccer last year [for Paly].” Felt said, “If my club team didn’t make it so clear that I had to choose one or the other I would have played. In the end though I felt I was getting more out of club soccer.”

Laminette felt that he wasn’t only going to miss playing for his school, but playing with the people he had become friends with the previous seasons.

“The Paly tradition with the haircuts were always a lot of fun,” Laminette said. “it was a great experience to represent my school and Play on the same team with my friends, i will miss that this year.”

Others feel pushed to participate in Paly sports to be noticed by colleges. Lydia Guo (‘12) plays soccer for a club team during the offseason between cross country and track, a sport she does to help her get into college.

“Less competitive sports are a lot of fun because theres no pressure to do well.” Guo said, “In competitive sports, pressure comes from a lot of places, like your teammates, parents, college applications, and your own expectations. That’s not to say that they’re not enjoyable, because I love running. Its just harder in running than in soccer to remember that I’m competing for my own enjoyment and success and not somebody else’s.”

Then there are those students who are not chasing some dream to play sports in college, but rather want to play sports now. Often these players feel that the focus on success diverts from the fun of the game. Maxwell Siegelman (‘12) found the commitment required from Paly basketball to be too steep.

“I wasn’t good enough to keep playing Paly basketball, and even if i was it would have taken too much time,” Siegelman said. “I like playing basketball a lot but I dont want it to dominate my life.”

“The coach would ask for at least three hours a day, six days a week.” Tzur said, “ I was unable to balance school and basketball. School is the number one priority for me since I’m not looking to play basketball in college, so I decided to play NJB (National Junior Basetball) instead.”

Both acknowledge however that competition is important in any sporting event.

“There is a huge upside in playing competitively,” Tzur said. “When you play for a competitive team, you tend to be a lot closer to your teammates and you sort of create a bond with them. Although playing non-competitively may be fun and relaxed, playing for Paly is by far more rewarding.”

It’s true that playing for a competitive team yields great reward, but it only does so for the few who can maintain that level of excellence. Most people also find it pretty fun playing at a semi-competitive level, and that can accommodate a lot more people.

“I think sports can be fun and competitive without being as cutthroat as they are
at the high school level,” Siegelman said.

The simple truth is we forget what’s really important. This is a public school, and it’s sports are supposed to help the overall health and enjoyment of the students. we are overly focused on helping the best athletes get more out of high school athletics while we deny those less gifted a chance to play for their school. Of course it is not an easy change to make, but it is an important one.

What we need is for all the sports to run the way high school soccer does, those who really do have the talent and the drive to go somewhere with sports can go find a club team to play for. High school sports, especially at a public school, are meant to be fun for the entirety of the student body.

I know what you’re thinking: if we let in any hooligan who just wants to play sports, then we basically wont even have real sports at our school. If that’s you then let the words of a former varsity basketball player who quit because of the competition change your mind.

“regardless of where I’m playing or with who its gonna be a tough game and it will always be competitive.” Tzur said, “That’s the nature of sports, what separates the ones playing for fun and those who don’t is what they try to achieve with sports.”

At Paly there are hundreds of students trying to make varsity. What often gets overlooked is the number of students at Paly who play solely for the love of the game. Although these athletes may not have the accolades of the “more accomplished” athletes they are not less respectable. Maybe there the ones playing the sports the way they should be played, and maybe Paly sports should be more tailored to accommodate them. 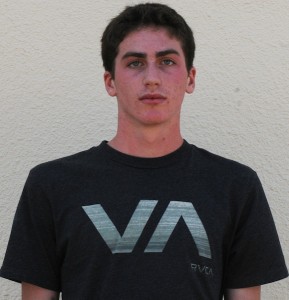 Nikolai is a senior at Palo Alto High School. He runs varsity for both the cross country and track teams. He joined the Viking in 2011 because of his love...

Playing for the Thrill of it