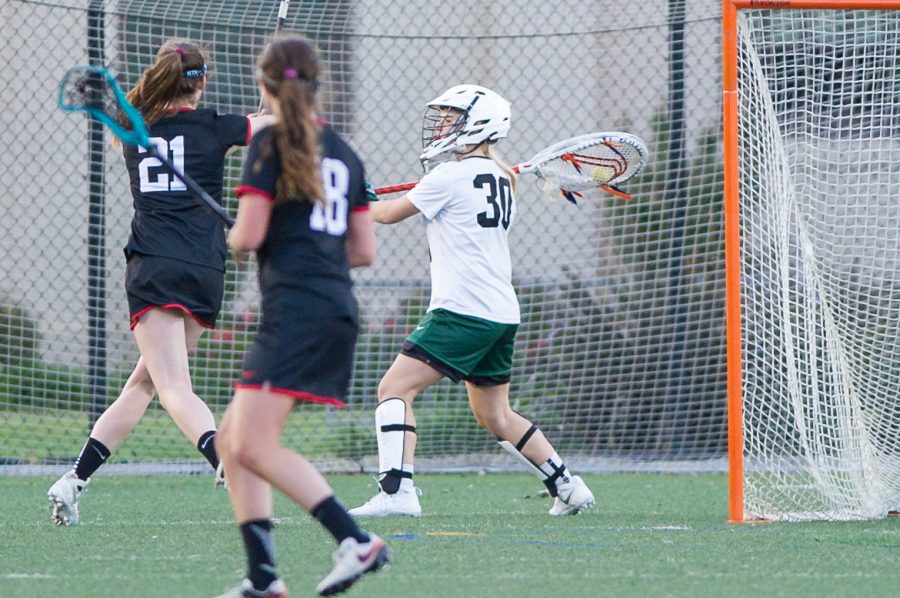 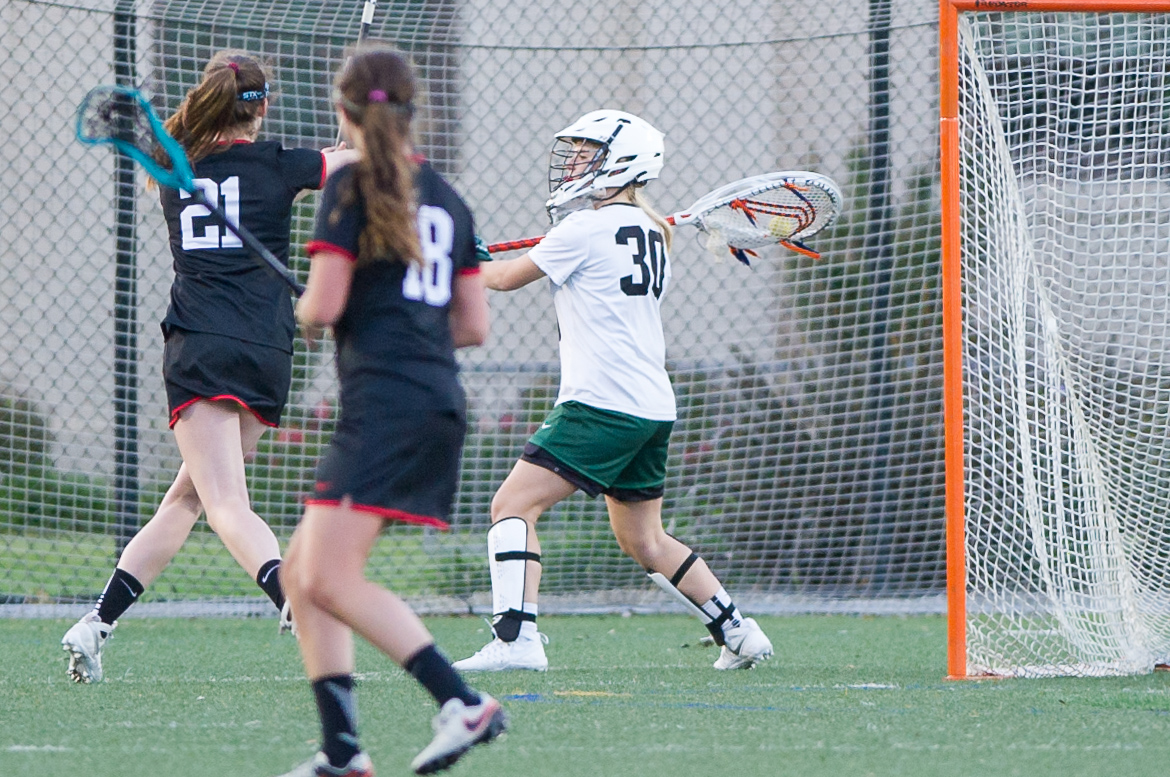 The pouring rain did not stop the varsity girls lacrosse team on Friday night as they defeated Leland by a score of 16-1.

They got off to an early start and brought the score up to 6-0 only 17 minutes into the game. After that, they continued their continuous stream of scoring including a goal with six and a half minutes left in the first half, a goal by Emma Staiger (‘18) with 30 seconds left in the first half and a goal by Charlotte Cheng (‘18) assisted by Staiger with less than two minutes into the second half.

Leland scored their lone goal after a shooting space call in Paly with 18 minutes left in the game.

Angela Cummings (‘19) believes communication was essential in their win.

“Our communication was really good during the game and we were all just on the same page whether it was just inside of defense or across the field,” Cummings said. “We all knew what was going on.”

The team also had specific focuses which propelled them to success.

“From the very beginning of the game [coach] Jamie [Nesbitt] gave each position a couple focuses to just really work on during the game,” Cummings said. “For example, defense was working to really go for the doubles and put pressure really far out from the start and attacks main goals were to just keep moving the ball and their feet whether it be cuts or just passing and waiting.”

Many people stepped up to assist with the win and according to Cummings, goalie Mattie Orloff (‘18) was the MVP.

“We really got to see what the freshmen can do, from sprinting the ball across the field to making a ton of shots on goal,” Cummings said. “But really the star was our goalie Mattie. The couple times that defense wasn’t there to protect a shot, she made great saves and even better clears that got the ball to the other side every time.”

The Vikings look to continue their winning streak when they play at Gunn on Wednesday, March 7.