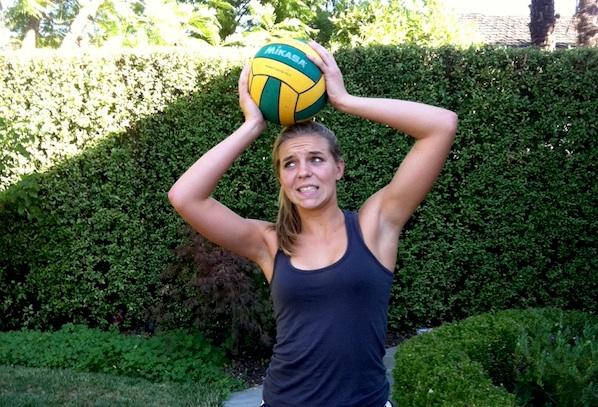 I walk out onto the quad, parting the early morning mist with each of my awkwardly swaggering steps. My eyes have the powers of Ryan Reynolds in Green Lantern due to the fact that the camo jacket I’m sporting highlights their vibrant hue. Faces of all shapes and sizes observe the spectacle of my now daily trek across the quad to the senior deck in the mid morning sunlight, and as soon as my foot touches the deck a din rises from the crowd. “Shannon! Shannon!” they chant, and I proudly turn around, broad shouldered, and exclaim at the top of my lungs: “It’s that time of year – I’m writing columns again!”

AND THE CROWD GOES WIIIIIIIIIILLLLLDD!!!!!!!!!!

Ok that was 100% my imagination. But hey – its my first week back so why not have a little fun? Hey there Paly, that’s right its me, Shans over here giving it to you straight the way I see it. All school year long. This year I’m changing it up a little, however: every Sunday night at 6 pm I will post a new column, in the classic “Last Word” style, but only better because we get it once a week! I don’t know about you guys but I think its chill chill mega chill. This way, I’m happy because I’m writing more, my readers are happy because they’re reading more, my editors whom I love dearly will be thrilled (hopefully) and my advisor, Ms. Austin, will be happy. Which trust me when I say that is a VERY VERY good thing.

Readers, I have been bestowed with a task to cater to your sports humor needs, bestowed upon me by the late and great Michael Cullen (’11). It goes without saying that he was my own personal Yoda throughout the year, helping young Luke Skywalker over here channel the Force within that will enable one to produce laugh out loud columns on a fairly regular basis. Now it was no easy task to learn the ways of the column-writing galaxy, but I think it’s safe to say that I’m ready to grab my ligthsaber, maybe a pet Ewok and dive in.

Let me be honest here: I love this job. Now that my personal voice has been unleashed (you, the reader, can decide if that’s a good thing or not) I get to talk about sports and my opinion of them ALL DAY LONG. Which also means I get to talk about the athletes who play sports, including the hot ones!  What more could a woman want? Which leads me to get to the nitty gritty of today’s topic of discussion: the mental side of the game.

New school year, new team roster, new outlook to the game. That’s the challenge I’ve been faced with this year. As co-captain of Paly Varsity water polo, I am saying with complete seriousness that we are probably the last team possible to win a state championship at this school right now. Not a pessimist, just being realistic. (Our new coach, Spencer, is a boss Rick Ross though and played at Cal and on the National Team. He calls me the College Look Book because I apparently wear a new college sweatshirt to practice every day. Needless to say, however, Spence and I are chill and I think he secretly appreciates my swag. Our team works hard, though, and hasn’t lost sight of realistic goals, such as qualifying for CCS, that we have set for ourselves.

As an individual player, however, I am used to the underdog role. Especially on my club team, I have been used to not being good enough and not making tournament rosters. It hit me hard and I got used to ingraining the “I’m not a good player” mentality into my ol noggin. It sort of culminated this summer when the 18U Junior Olympic roster came out for NorCal waterpolo club, and my name wasn’t on it, after an entire summer of double day practices. I was still able to add to the JO party as team manager and travel to SoCal with the lovely ladies on my squad, but it wasn’t the same. I felt like a side liner, and felt that that was my place and always would be.

But apparently I was wrong. The other day after a particularly grueling morning practice Spencer came up to me and talked to me about my shot. “You think too much about mistakes. Just focus on scoring.” That afternoon I took his advice and well I can tell you that I felt like Lincecum on steroids – Who knew that you could score more without thinking about it! It felt easy. But the doubt of mistakes past and the “second best” mentality still loomed large in my mind. Spencer clearly picked up on it so the next time we crossed paths, he gave me possibly the best advice I’ve ever received. He blew Dr. Phil out of the water. (HA! I play water polo..funny)

“Shannon, you are a good player with a lot of talent. But you play in the past. Once you make a mistake in a game, there’s no way to go but forward.”

I stood there open mouthed, a tidbit nippy in my suit, pondering the words that were just uttered from the modern day water polo Confucius’s mouth. Play in the present. Was it that simple? I mean I live in the present every day of my life. You can’t time travel – so why try? I puzzled and puzzed til my puzzler was sore. Then I thought of something I hadn’t before (the Grinch, anyone?). Just as Ms. Bartlett says to our AP English class, I had an epiphany: I wasn’t a bad player. I wasn’t “second best.” I was making it SEEM that way without knowing, thus hindering my own potential.

It someone takes someone else to point out the obvious. Clearly for me it did. Now I’m not going to try to preach to all you non-believers and hard-nosers saying “follow your dreams!” or whatever. But now I know that even if I never don a college jersey (or in this case, swimsuit), I know that for my entire senior year, I will have played my heart out, in the moment. It’s going to be a great season and an even better year, so watch out Paly because Shans is gonna get it one time.

Until next time, Scheel is out.