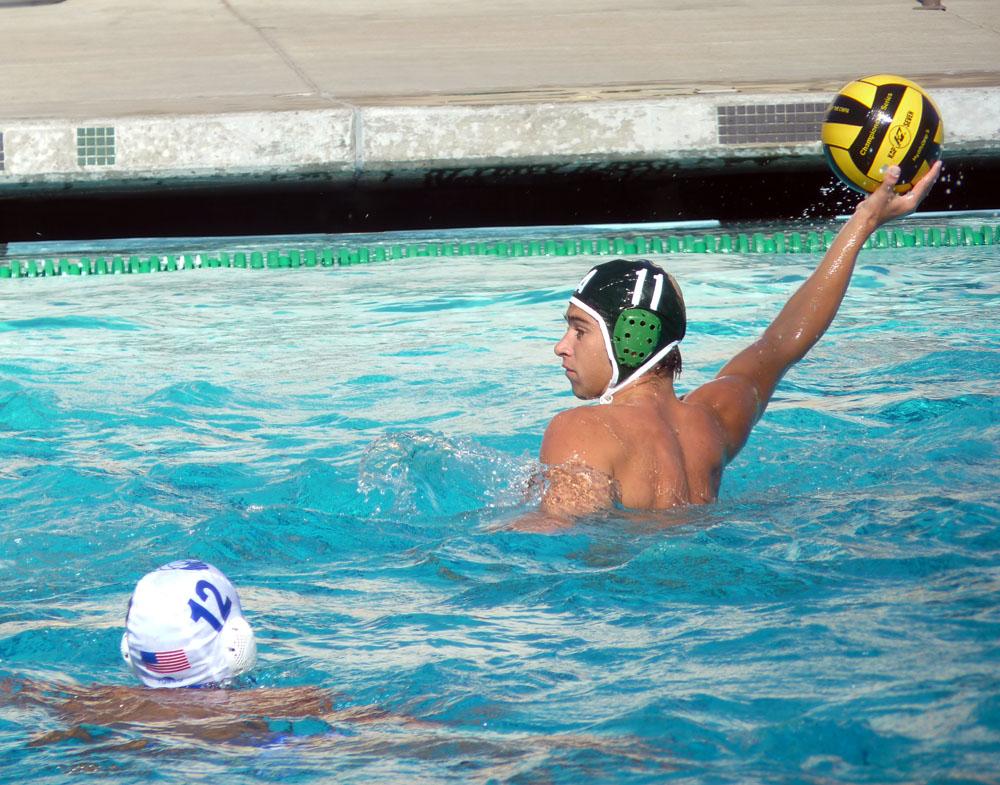 Paly got off to a quick start, with a goal from Will Conner (‘14), but, the Eagles of Los Altos came right back with two goals by Matthew Orton (‘12) to give Los Altos a 2-1 lead.

Los Altos continued to put pressure on Paly, scoring another two goals to giving the Eagles a commanding 4-1 lead.

The Vikings  finally got the break they needed when Quinn Rockwell (‘13) and Conner both scored goals to cut the 4-1 lead to one to end the first half.

With Los Altos leading 4-3, the two teams exchanged goals to start the second half with goals coming from Orton and Paly’s Bret Pinsker (‘13).

Both Pinsker and Orton continued to drive towards the goal, with Orton scoring off of a 5-meter shot and Pinsker answering with two more goals of his own to bring the score to 7-6.

Building off of co-captain and goalie Daniel Armitano’s (‘12) back to back saves, Nelson Perla-Ward (‘15) scored his first goal of the game at a critical moment, which tied the game up at 7 a piece to end the third quarter.

To start the final quarter of play, Peter Rockhold (‘12), co-captain for the Vikings, scored  to give the Vikings their first lead of the game at 8-7.

The defensive battle continued for the next few minutes, and Los Altos, needing a goal to tie the game at 8, called a timeout.

Following the timeout, Los Altos scored the tying goal bringing the score to 8 all with only 26 seconds left in the game. Los Altos’ Orton scored the game-winning goal to hand the Vikings their first loss of the season.

Orton, scoring six of the team’s nine goals in today’s game, had confidence going into the game that his teammates could execute their game plan to defeat rival, Paly.

“I trust every single guy that we play in close games to shoot the ball and to score. We have a good balanced team with six shooters in the water at all times,” Orton said.

Pinsker, although disappointed with the loss, has a plan for future games against the Eagles.

“I think we played pretty well overall. The Los Altos versus paly water polo rivalry is we always feel like we are the losing team and they feel they are the winning team,” key scorer, Bret Pinsker (‘13) said. “So they come here and they think it’s going to be their fifth year beating us but we need to come here knowing that it’s going to be our first year beating them. Our mentality just needs to change.”