One fan’s plea to Kim Kardashian – The Viking Magazine

One fan’s plea to Kim Kardashian 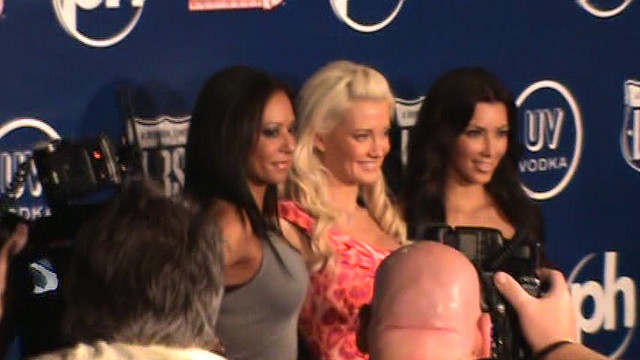 used under Creative Commons from Kaloozer

Look at you Kim! Finally making it to the big-time! Side-by-side with fellow top celebrities like Holly Madison, who has done SO much to contribute to society? Now THAT'S the life.

Last Monday, Kim Kardashian, a celebrity of sorts although having done nothing great to society, filed for divorce from her husband of 72 days, New Jersey Nets power forward (or ex-power forward I guess, since we’ve got this lockout mess going on right now) Kris Humphries.

And that world, is big news. Because once again, Kimmy here, has messed up another professional sport.

Some of you may remember that she dated then-New Orleans Saints running back Reggie Bush during his Super Bowl winning season, and also Dallas Cowboys wide receiver Miles Austin.

So this is a plea to her to just stop. Now.

So. What’s up Kim? Tell me about your problems…

See, not only did did you ruin Reggie Bush’s career, or so it would seem, but now, you’ve just gotten greedy and moved into basketball like a parasite (like your Poison Ivy Halloween costume would suggest).

Do you not know the rules of dibs Kim? Your sister Khloe, though I hate to say it, already has dibs on the NBA. She married Lamar Odom, remember? I’m sure this is more than half the reason to which you had such an extravagant wedding with Kris, to outdo hers with Lamar. But unfortunately, you couldn’t stay in the marriage long enough to outdo her gifts to him. Like that $400,000 Rolls Royce convertible after he won the NBA Finals. Too bad, Kim. Shoulda held out until 82 days.

The thing about dating professional sports stars is that it rarely works. Shocker right? But good for you, Kim, you decided to go after someone in a lockout. No need to worry about in season play, courtside seats, or getting him off his game in mid-season. I’m happy for you. So compassionate, so…considerate of you.

Or maybe it’s this? You started off as just the daughter of the defense attorney for OJ, so you started with quasi-celebrities. People who were loaded, but not exactly A-listers. Like your marriage with producer Damon Thomas for four years. But, sooner or later, you were going to get into that circle, if it was the last thing you would do. First you went with Nick Latchey, which eerily resembled a rebound for him after his recent break up with Jessica Simpson. I guess he really is into daisy dukes, because (ahem) both your uhhh…bodies, shall we say, have similar aspects, in uhhh, stature I guess.

But once you got that taste, you never really could give it up, could you Kim? I mean, you tried, didn’t you. Reggie Bush, ex-Heisman Trophy winner out of USC, pretty safe to say NFL bust, now that’s celebrity status. But, unfortunately (for him), things didn’t work out now did they? So after the necessary Playboy shoot that’s all the rage for celebrity social climbers these days, you moved to the wide receiver position. You took Miles Austin in, which had all the gossip magazines going wild, because…were you a couple or not????? I NEEDED TO KNOW!

But, alas, you weren’t (again, unfortunately for Austin). And you were getting antsy. In your first People magazine cover story (hey, it had to happen at some point), you said “Is it weird that I’m now the single one? It’s definitely a change for me.” Because, you were 30 years old and KIM FREAKING KARDASHIAN! I mean come on. Even Khloe got married before you did!

So, you had to downgrade a little bit. We’re not going for an All-Star or anything here, we’re going to start slow. But again, you’re Kim freaking Kardashian, so, we’re not looking to go to Brian Cardinal or anything. (Sorry Brian, nothing against you it’s just, well, you know. Actually, I respect you so much, because I’m pretty sure you’re exactly how I would look like in the NBA. But sorry bro, not lookin like you’re going to be hitting the Kardashians any time soon.) No, you had to go for at least someone respectable, so how about a first rounder? Someone a little fiery. Someone who, say, maybe missed out on an offer to play basketball under Roy Williams at Kansas for being “an absolute jerk” on his recruiting trip. Oh hey! That sounds like a lot like Kris Humphries!

But we know all know that didn’t work out. So please Kim. Please. Go take down another sport. Preferably not one which is going through a trying time right now, like the NBA, which actually needs to get its stuff together. Because, while there is an NFL season right now, the NBA season isn’t looking too secure. In times like these, the players and owners don’t need to be worrying about how much money/houses/cars they’ll be taking out of the divorce settlement, but how much money they’ll be making in the upcoming season to replace the ones they just lost in said settlement.

But really. All jokes aside, this stuff is actually important. Kids look up to celebrities and pro athletes, and if it seems to them that they’re only in it for the money, what kind of example are they setting for the younger generations? Because if the rumors about the Kardashian/Humphries wedding are true (that Kim only said yes so that she could put on the extravagant wedding, complete with a custom Vera Wang dress, whatever that means, which then made her boatloads of bank through her TV show), then this whole ordeal is just the epitome of selfishness and lack of self awareness.

So next time Kim, think it through. Think about maybe going for a UFL or Arena Football League player. Maybe then will things actually work out.

(Post script: I just want to go on record here, though. I’d like to point out that despite anything I just said, it is a completely different story for a guy to go for an LFL [Lingerie Football League] player. Just saying…)

One fan’s plea to Kim Kardashian