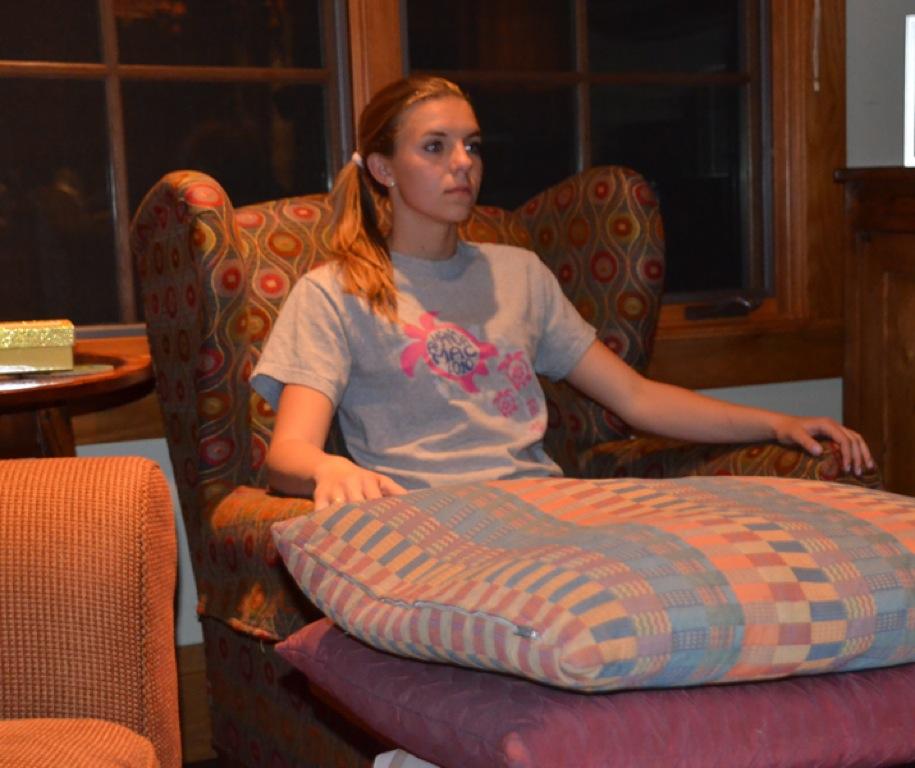 Shannon Scheel ('12) has reached enlightenment after achieving the long sought after goal of making the CCS swim meet. Sports buddha or high school student? You be the judge.

Jump to Comments
Share on Facebook
Share on Twitter
Share via Email
Print
Athlete or not, life goals are a part of, well…life. But the countless hours of work, determination, and reaching the point of nearly quitting are all worth it once you make it through to the other side. Reader, I accomplished a life goal today. It is kind of silly, in retrospect: I got my CCS time in the 50 yard freestyle, and I’m not even swimming in college. But reader, having said that, I just couldn’t bring myself to let the dream die. At all.
You have to understand the backstory here. For half of the winter season and the entire spring season, for four straight years of my life as an athlete, I have endured DDD. (For those non-swimmers out there, that acronym is commonly known as Death by Danny Dye, our swim coach who…is a character. I’ll just leave it at that.) Each successive year, I have trained in a specific race for an entire season, only to be told at the final meet of each year, I would have to swim a different event from the one I had been practicing, because that was where the team needed me. Now, don’t get me wrong, I love being a team player. But you have to understand my frustration: so close, but no cigar, as the saying goes.
Not this year. This past Saturday, instead of rolling out of bed half-asleep stumbling about in my parka, I woke up with a spring in my step and a confidence. I had been swimming well in practice, the sun was out (thank the lord…swimming in the rain is literally awful) and I had an inkling. Today was the day.
At that particular moment, I couldn’t help but wonder if that’s how our hometown hero, and the subject of my previous column, the one and only Jeremy Lin, felt that way on the day of his Knicks debut. Finally, fate had been kind to him and his chance of greatness lay in his hands. That Saturday morning, I couldn’t help but channel JLin and feel that fate had crossed my path, too.
Some people are born great. Others have greatness thrust upon them. Both Jeremy Lin and I fall into the latter category. Obviously, I didn’t change the face of an entire basketball franchise with my mad skills. But I can cross something off of my bucket list; a goal I have been chasing since my freshman year. I think Jeremy would agree with me if I said that Paly sports have been pivotal in encouraging hard work towards a goal, no matter the scale. Maybe when I see him at his game during our staff New York trip, he and I will bond over that (or he’s way too busy dealing with 390482 more important people than me…wishful thinking).
I achieved my greatness with this little 50 freestyle event at a high school swim meet, Jeremy achieved it at the Knicks, where will you achieve yours, reader? I encourage you to find a way. Because conquering a goal is truly priceless satisfaction.
Until next time…Scheel is out.
About the Writer