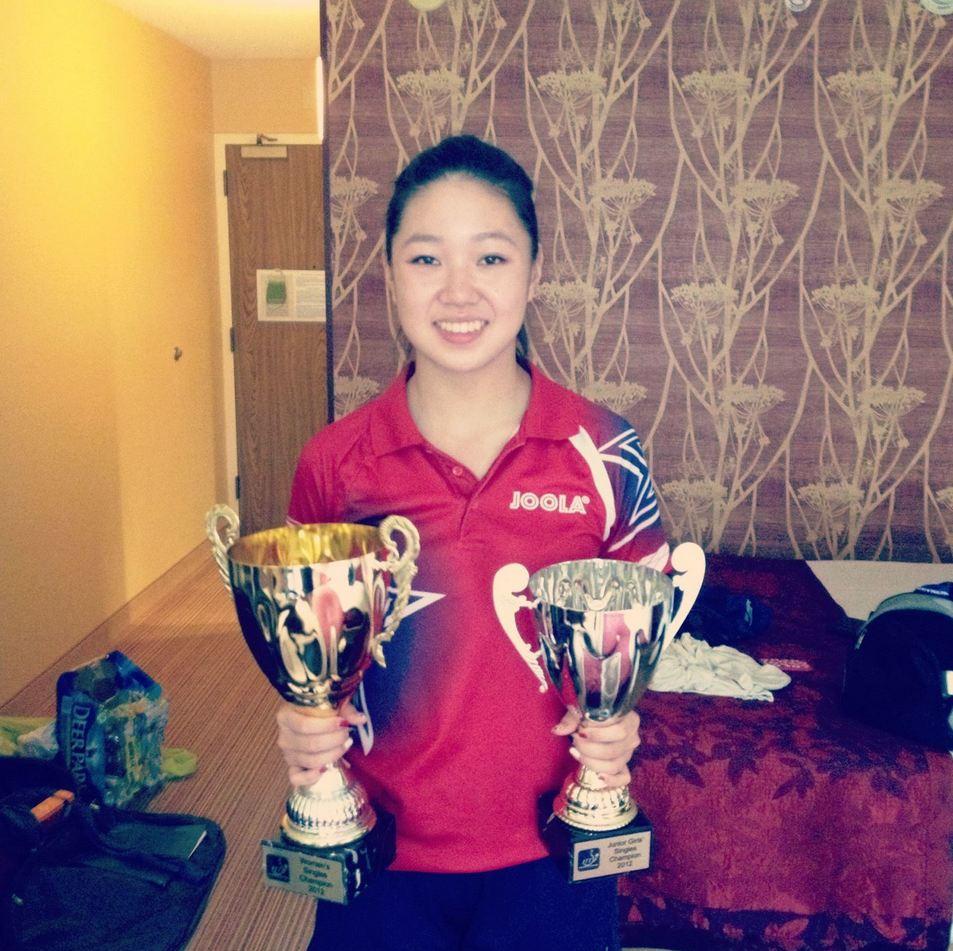 As if winning both of the singles competitions wasn’t enough, she also led the American team to gold in both the team Junior and Women’s tournaments.

“It felt amazing to be able to come out on top in the North American Championships because even though I didn’t play my best game, I’m proud of myself that i was still able to pull through,” Zhang wrote in an email.

“Of course I loved playing my matches and gaining more experience but I also really enjoyed seeing my friends again,” she continued.

Only three short weeks after the London Olympics, in which she lost her first round match against Cornelia Vaida of Croatia though she was the youngest competitor at the Games, Zhang has proven herself atop the North American pyramid of table tennis, hanging out with her fellow American Olympic team and First Lady Michelle Obama and starting her junior year at Paly.

Though it’s a lot of work to keep on studying and playing, Zhang isn’t averse to putting in the effort. She’s now focusing on catching up on homework.

“Coming back to school is always hard but I think it’s worth it if I want to continue playing table tennis and pursue my studies as well,” she wrote.

Zhang came out as the most successful competitor at the Championship tournaments, and she’s another step closer to gold in the 2016 Olympics. So Rio, watch out, because Lily Zhang is right at your door.