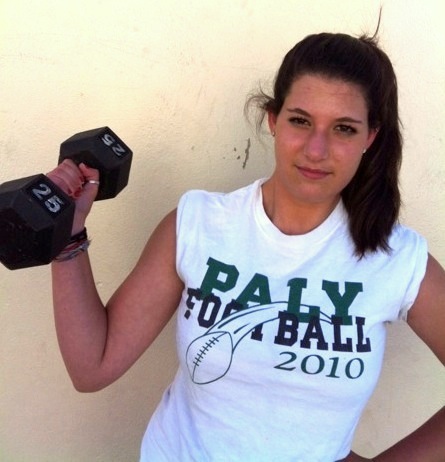 Most people go to the gym to work out, not do anything else. Therefore, I think I speak for the majority of the population, no matter what gym you belong to, when I say that there are certain unspoken rules about going to the gym that everyone should follow.

First and foremost, when going to the gym, you should never, ever, ever wear makeup or anything that makes you look exceptionally pretty. This goes out to about 90% of women. You’re at the gym ladies, and you’re supposed to be sweating, which takes off your makeup anyway, so why bother? If you’re there to work out, there is no reason to get all dolled up. Sorry about it.

Once you’re actually in the gym, standing in front of all the machines, this is what you see: 10 women and that one random old guy on the ellipticals, some old women walking on the treadmill and that one guy who is practically sprinting on it, girls doing crunches with medicine balls in the back, a few scrawny boys trying to get swoll and those guys who look like bodybuilders on steroids that just bench press for hours. Same old, same old. Now, all of that is fine, and I can’t really complain about people wanting to be in shape, but shouldn’t people try other machines besides the ones they clearly use every single time? It never hurts to mix up your routine.

However, the most annoying thing that happens at the gym is when you see those guys who just stare at themselves in the mirror. They come in with their bro tanks, already trying to show off whatever guns they think they have, and after they work out for maybe five minutes, they go stand in front of the mirror to check themselves out. Occasionally, they’ll look around the room to see if anyone is eyeing them, which is clearly what they want people to do, but they’re not sly about it. They often try out a couple of different angles or arm positions, too. But seriously, what’s the point of looking at your own biceps and triceps in public all day? It’s especially ridiculous because they’re at the gym, so there are plenty of guys with bigger guns around.

There are indeed other people who stare as well, but not at themselves. Behind the ellipticals, where almost all of the women in the gym work out, are the bikes, and on those bikes are often men who just go to the gym to stare at the back-sides of all the girls on the ellipticals. Sure, maybe they’ll get a few miles in, mostly because they’re there all day, but their focus is rarely on biking. Sometimes you can even catch that one guy who sits on the bike without pedaling for a good 10 minutes with his eyes locked in on the girl working out in front of him.

At least those guys don’t talk to all the women. Ladies, if you’ve ever been to a gym, you know what I’m preaching. Sure, the gym is a great place to meet women. You clearly both like to work out, and that’s a start, but it’s not the place to make your move. Before? Fine. After? Why not? But during? Unacceptable. When people go to the gym, they don’t usually want to socialize. A 30 second conversation should just about cover it for a “Hello, how are you?”, but anything more is simply overkill. Boys, there is no need to try to get the phone number of every single girl there. ‘Nuff said.

And finally, let’s talk about the unspoken dress code. I truly believe that this is something EVERYONE needs to know. Dudes: Vans, jeans, shorts that aren’t gym shorts, Sperrys and any open-toed shoes are absolutely unacceptable. To all my ladies: Having your hair down, wearing a bra that is not a sports-bra or sporting any open toed shoes are also inappropriate. I don’t care where you’re coming from, or where you have to go later. When you’re working out, please dress appropriately. That’s what Nikes and Lulus are for.

So next time you plan to go to the gym, please keep this mind. No one wants to be THAT guy or THAT girl.