Not living so strong now – The Viking Magazine
MENU 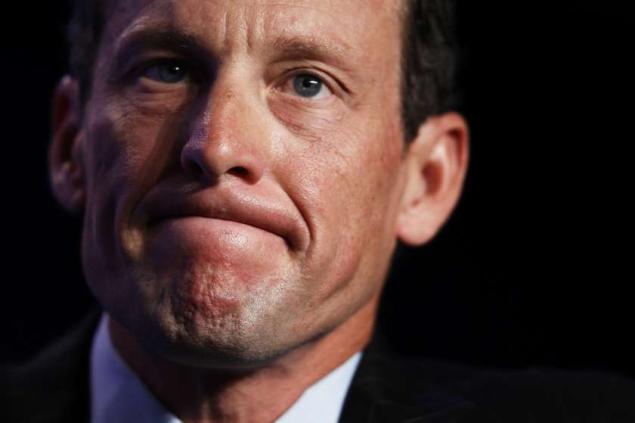 If you were one of the world’s most renowned athletes, would you be willing to destroy the lives of the people who accused you of committing the very acts that you publicly opposed in order to protect your own lies, ego and legitimacy?

If you read my previous column regarding Armstrong, you’ll understand how much belief and respect I had for this man and his story, despite the allegations against him a couple months ago. At the time, I, along with millions of other people, bought into Armstrong’s phenomenal  story. And why not?

This was a man who overcame so much in his life, and accomplished a ton. Establishing a million dollar foundation that supports cancer patients? Remarkable. Being plagued with cancer, only to defeat it and go on to win seven consecutive Tour de France titles following chemotherapy treatment? Inspirational is an understatement.

Was he doping? Well…

You really wanted to believe in this guy. And I, along with many, many more, did.

The reality is that one simply can’t go on to take seven consecutive championships at “the most rigorous race on the planet” the way Armstrong did without raising some serious questions about consuming performance-enhancing drugs (PEDs).

Those questions have now been answered.

Unfortunately there is yet to be someone who can accomplish this feat naturally. By now, you’ve most likely heard that Armstrong himself admitted to doping in an interview with Oprah Winfrey. During the interview, Armstrong declared that he wouldn’t have won the titles he did without the use of PEDs.

But that isn’t the main issue at hand, or even what bothers me the most about this whole dilemma.

Alright, so the guy consumed PEDs. The fact remains that he won seven consecutive Tour de France titles, beating a field filled with plenty of other dopers. Forgivable. The sport of cycling is a dirty, dirty sport, and in time people would have been able to just shrug it off.

But didn’t Armstrong exhibit what may be one of the biggest lies in sporting history? Testifying in multiple cases that he didn’t dope or consume PEDs? Speak out publicly against dopers and those who thought he doped? And even go as far as advertising himself  as a “Doper Crusader.” Unfortunately this is all true, and is even more disappointing.

But what is going to make the iconic image Lance created for himself decisively crumble is when people realize, if they haven’t already, the lives Armstrong shredded. Namely, the people who spoke out against him; the very same people that were ostracized by the public for admitting the truth.

Enter the Andreu family, Armstrong’s former cycling teammate, Frankie, and his wife, Betsy. The Andreus fell victim to Armstrong’s powerful influence. In a 2005 lawsuit, Betsy testified that she overheard Armstrong telling a doctor in 1996, that he had indeed, consumed PEDs. She became one of the first people to publicly state that Armstrong was boosting himself.

The aftermath proved to be consequential. Following her statement, Armstrong used his powerful sphere of influence to prevent people from hiring Frankie, which in turn disrupted the Andreu family’s ability to produce much income.

“For us [My wife and I], we’ve been attacked and ripped apart by Lance and all his people and all his supporters repeatedly for a long time,” Frankie said in a video interview.  “And it’s not only us; he’s ruined a lot of people’s lives.”

As for Betsy, Armstrong constantly labeled her as “crazy,” tainting the family’s name and leaving them up for ridicule against his loyal legion of supporters.

So many of his supporters bought his story and joined Armstrong in the attacks on those like the Andreus, and Armstrong had no problem with it.

I begin to shiver at the idea that all it takes is the will of a single man to buy the minds of thousands, if not millions and turn them to the benefit of himself, as Armstrong did. But that idea can be left for another discussion.

So what do I have to say about Armstrong?

The fact that he took PEDs was disappointing, but it would have been excusable considering the number of cyclists around him that were juiced as well. However, how this man was able to captivate the minds of millions of people, including mine, with his lie, is stunning. The fact that he hid behind his cancer foundation and his story of overcoming cancer (both to his credit) is shameful. But I ran out of excuses when I learned about how he literally destroyed the lives of those who spoke out against him.

Being the millionaire he is, Lance pressed lawsuits worth millions of dollars against people who really didn’t have nearly as much. By winning these cases, he crumbled the lives of others in order to preserve his lies and ego. As a result of all this, I feel more bewildered and awed then I am angry and upset.

I looked up to Lance a lot throughout my life. I still remember the first day I slipped on a LIVESTRONG band in third grade, thinking it was just a cool yellow bracelet, only to learn the significance behind it and the story of the man behind the foundation. Lance Armstrong hasn’t done anything to reduce my quality of living, besides seriously disappointing me. For those that were seriously attacked and affected, that’s a different story. And you have to realize that through LIVESTRONG, so many lives have been saved through the treatment provided.

The most I can say is that I’m extremely disheartened by Armstrong, but I cannot bring myself to legitimately hate him.

Maybe I’m just a forgiving person or maybe I’m a nut for forgiving this guy. Either way, you and I know that he has severe punishment coming his way, all the way up to the federal level. Make sure to keep that in mind; he will get what’s coming to him.