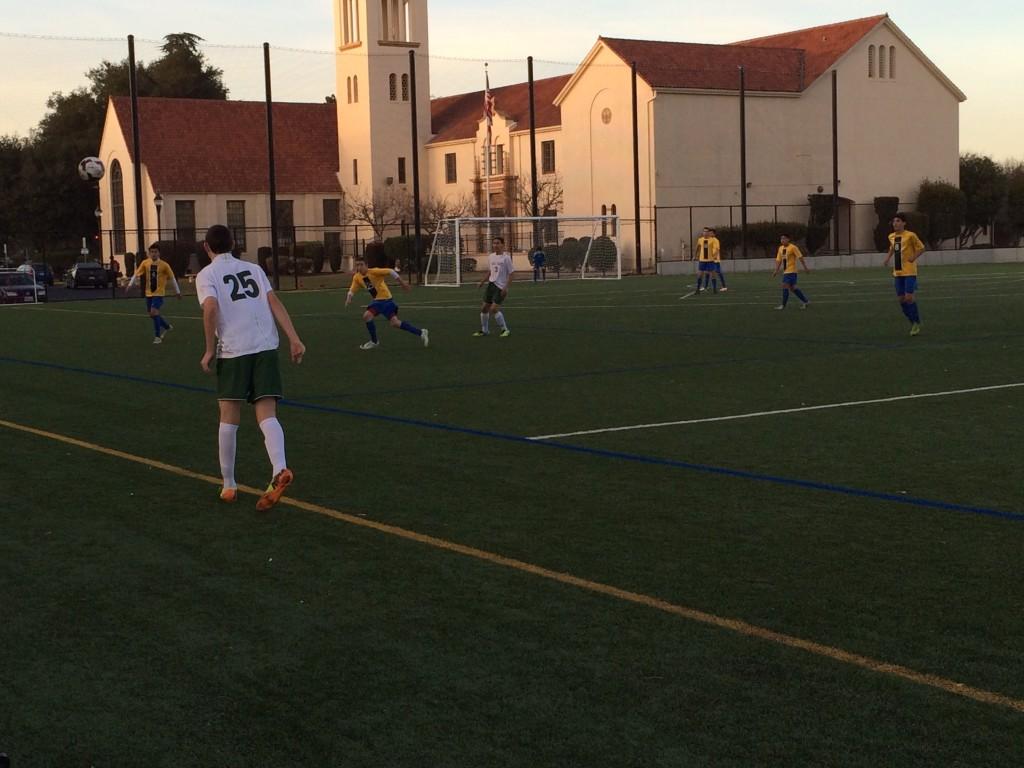 Reuben Kramer ('16) takes a throw in against Santa Clara. The Vikings would go on to tie the game, 0-0

In a game with many chances for them to score, the Vikings were unable to put away any of them and get the win. The Vikings started the game well with captains Cina Vazir (‘14) and Wesley Woo (‘15) dominating the ball.

“We were playing well in the first half,” Assistant Coach Amir Malekpour said. “We just needed to start winning balls in the air.”

Forwards Dami Bolarinwa (‘16) and Fernando Rodriguez (‘15) connected well, playing one-twos and flicks off of each other to unlock the Santa Clara defence. On one particular occasion, Bolarinwa was sent through on goal by an incisive pass from Vazir, only for the oncoming Rodriguez’s shot to be blocked by the Santa Clara center back.

Despite the well worked plays and dominant possession from the Vikings, Santa Clara had a few chances in the first half. In one particular memorable moment, the Santa Clara center forward shot a hard, direct attempt at goal; but it was well-controlled by goalkeeper Tony Maharaj (‘14).

Going into the second half, the Vikings knew that they had to step up their game.

“I thought the midfield played a lot better,” Kuppe said. “Our forwards pressured their defence a lot more so it created more chances.”

The pressure almost payed off. In one of the Viking’s best moments, Vazir and substitutes Edward Chen (‘15) and Xavier Sherer (‘15) combined with a series of flicks to get Sherer on goal but was stopped just short from scoring by the oncoming Santa Clara goalkeeper.

Just before Paly could capitalize on their pressure though, they were struck a blow when Woo was sent off for his second bookable offence. Woo conceded two fouls the entire game, but the referee deemed both of them to yellow card worthy.

Despite the tie, there were some positives that the Vikings could take away from the game.

“To be more patient in the midfield,” Malekpour said. “We had a lot of silly mistakes, we need to be more comfortable.”

The Vikings next game is Wednesday, January 14th at Saratoga High School.