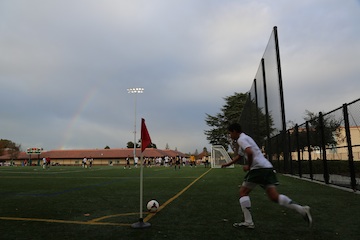 Roberto Soltero ('16) takes a corner kick. Paly started off its season with a strong win, dominating over Milpitas 6-0.

Paly boys’ varsity soccer pummeled the Milpitas Trojans 6-0 in their first home game of the season. This strong win against a team which they tied last season starts the Vikings’ season off on a positive note.

The game began slowly with no score for the first 30 minutes, yet the lack of goals in the first two thirds of the game was not due to lack of effort.

Paly earned two corner kicks, both of which went wide of the goal. This pattern continued until Reuben Kramer (‘16) crossed the ball in to Cole Tierney (‘16) who proceeded to touch by two players and score the first goal of the game.

“First half it could have gone both ways,” Assistant Coach Amir Malekpour said. “But the goal right before half really gave us momentum going in to the half.”

The half ended shortly after with no more goals, but also with an obvious shift in momentum in Paly’s direction with another close corner attempt.

The Vikings came into the second half strong. A goal by Dami Bolarinwa (‘16) was awarded by jumping header off of a corner kick.

At 15 minutes, Bolarinwa cut the ball back after driving it up line and dishing it off to Roberto Sotelo (‘16), who drove it into the net making the score 3-0.

Almost back to back, at minute 17, senior Wesley Woo (‘15) ripped it past the keeper, which made the score 4-0 and gave Paly the security it needed for the rest of the half.

All the success on Milpitas’s defensive end of the field can be credited according to Malekpour as work of the midfield and defensive lines.

“We dominated the midfield especially in the back,” Malekpour said. “The key to our attack were the through balls and the consistency of our defense.”

Tierney agreed in regards to the efforts of the midfielder’s distribution.

“We had good spacing, and we found the balls that we needed to play to win,” Tierney said.

The game continued with the Vikings dominating. At minute 25, Preston Kuppe (‘15) was fouled in the penalty box and awarded a penalty kick, which Woo took and scored. The score was then brought to 5-0.

In the final minutes of the game, forward Michel Siaba (‘17) used his speed to earn a breakaway and score a sixth goal for the Vikings by chipping it over the keepers head.

The Vikings finished victorious in the match and will continue with their season. The Vikings will play their next game on Wednesday, December 3rd against Menlo at Paly at 3:30 p.m.. 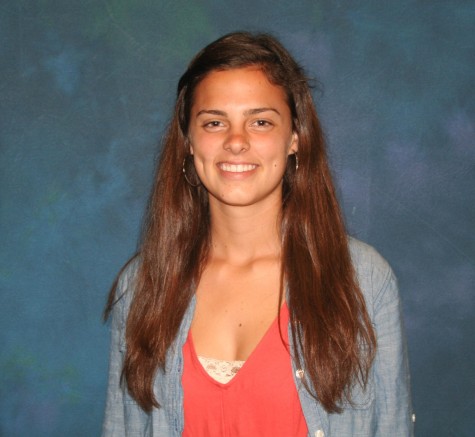 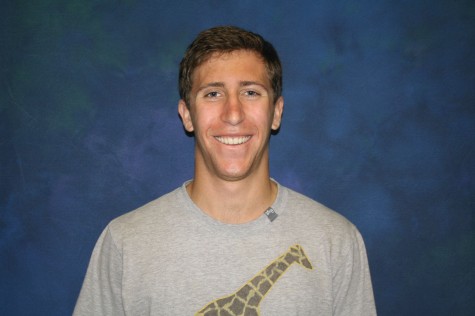 Zach is a senior at Palo Alto High School. He plays lacrosse for the Vikings and loves to be various clubs at Paly.