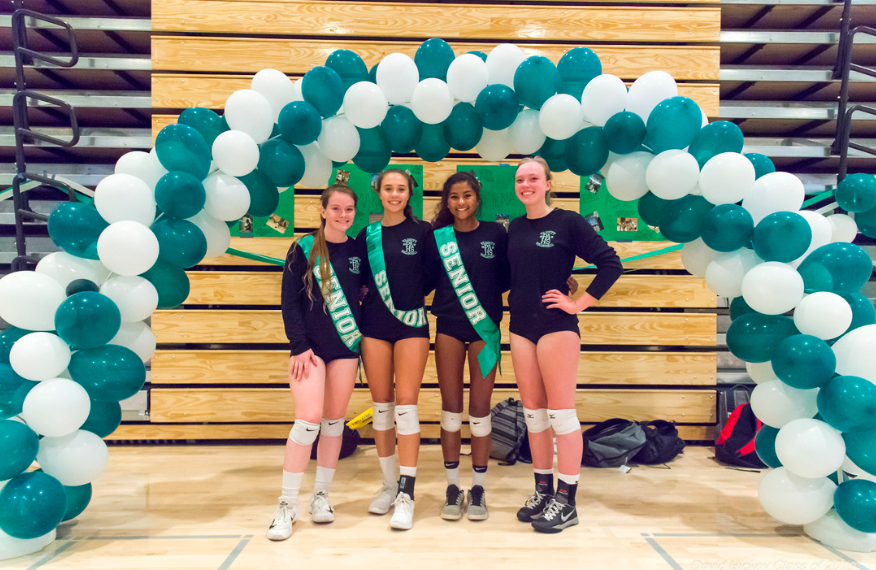 Thursdays game also marked senior night for the Vikes, and four players were honored. Mallory Kuppe (’19), Ashlyn Callan (’19), Siena Brewster (’19) and Maria Fletcher (’19) all were cheered on as they reflected on their Paly volleyball careers and took the court for their last league home game.

“Its was just kind of unreal”, Callan said reflecting on senior night, “you watch [senior nights]so many times you never think its going to be you and then it is suddenly”.

The game itself was a breeze for the Lady Vikes, and they ended the night quickly in only three sets. The first and second sets Paly took the lead straight off that bat, the third set started off a little more rocky but the Vikes clinched the set and game in the end.

Sophia Krugler (’21) contributed many huge kills throughout each set and looked back on her time with the graduating seniors.

“Its definitely a bittersweet night because while it is celebrating our seniors were also saying goodbye to them” Krugler said.

Looking ahead the Vikings take on Homestead away on Tuesday at 6:45 in their last league game. Following the end of their league play the team will enter CCS playoffs.

“I hope we play our hardest, win or lose” Callan said about the teams upcoming games.