The emergence of stars in NCAA football thrusts new players into the spotlight every season, but often overlooked are the players shoved out of it. These defeated, demoralized players are typically left with few options to continue their sports careers, and a popular choice is to enter the transfer portal. 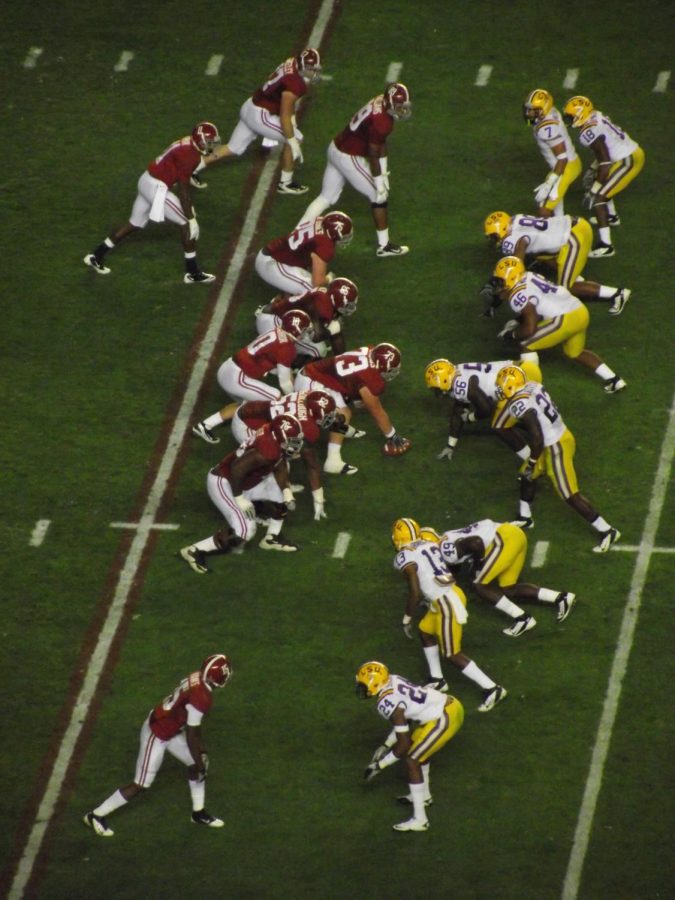 According to NCAA rules, if a player wishes to transfer before graduating, they must sit out a season before being eligible to play in games for their new school. This rule is in place to discourage players from transferring every time they aren’t receiving enough playing time, or have a small grievance with their coach. However, a player may obtain a waiver which grants them immediate eligibility with their new school, allowing them to bypass the yearlong wait on the sideline. The waiver is only granted if the NCAA deems that the player has transferred due to a hardship, such as a family member in bad health.

“The new school must provide contemporaneous medical documentation from the treating physician showing how the family member is debilitated; an explanation of the student-athlete’s role in providing care; confirmation from both the athletics director and faculty athletics representative that the student-athlete will be allowed to depart the team to provide care,” reads the NCAA website.

In theory, the rule seems quite simple and easy to enforce. However, the rulings on certain players have left fans wondering if the waiver is just a popularity contest.

The most prevalent case recently has been that of Brock Hoffman. After spending his 2018 season at Coastal Carolina, Hoffman transferred to Virginia Tech in order to be closer to his ailing mother, who was recovering from a brain tumor. Once the waiver was submitted, he thought it would only be a matter of time before he was cleared and given immediate eligibility for the next season. However, the NCAA denied his appeal for immediate eligibility, citing that there wasn’t enough evidence of his mother’s medical condition requiring his presence. Hoffman retaliated with more documentation of his mother’s condition and symptoms, which included facial paralysis, hearing loss, and impaired eyesight. The NCAA responded with yet another rejection, leaving Hoffman without any more appeals and leaving him no choice but to sit out the 2020 football season.

The main reason that the NCAA gave for not accepting Hoffman’s appeal was that had his mother’s condition been truly serious, she would have retired from her job as a teacher. Hoffman stated in response that his family couldn’t afford to lose steady income with their skyrocketing medical bills, but it was to no avail.

“The process is horrible,” said Brian Hoffman, Brock’s father, in an interview with the Roanoke Times. “It’s just wrong.”

If one were to only look at this case, it would seem as if the likelihood of getting an early eligibility waiver approved would be pretty low. However, other, more popular players have been granted immediate eligibility despite stating ambiguous reasons for transferring.

For instance, quarterback Justin Fields, who began attending Georgia University in January of 2018, chose to transfer after failing to win the starting job over star quarterback Jake Fromm. Fields, the #1 ranked quarterback in the country for his class, chose to transfer to Ohio State University, a school with no solidified starter in the quarterback position. Fields cited that he had been called racial slurs by a Georgia baseball player, and the NCAA deemed that such a grievance permitted immediate eligibility at his new school. The claim that he made required no evidence, and he eventually went on to win the starting job at Ohio State.

Fields’ case ended up causing Tate Martell, another well-known quarterback, to transfer. As a four-star recruit out of high school, Martell committed to Ohio State but coincidentally lost the starting job to Fields after he transferred from Georgia. After Fields came, Martell entered the transfer portal and ended up choosing to continue his playing career at the University of Miami. While Martell did not publicly say what his reason for transferring was, he was granted immediate eligibility at his new school.

The glaring difference between the cases of players like Fields and Martel and that of Hoffman is the skill and market potential of the two players. When in high school, most football players good enough to play football in college are given a ranking by various recruiting sites. The ranking is generally on a star system, with zero stars being the worst and five stars being the best. According to Bleacher Report, a five-star recruit has a 52.2% chance of getting drafted into the NFL. Coincidentally, this means that Fields, a five-star recruit, is more likely to get drafted into the NFL than not. The NCAA has shown time and time again that it treats such players with more leniency than others, while leaving players such as Hoffman (who was a two-star out of high school) in the dust.

The inclination for the NCAA to be so inconsistent with their rulings is the economic gain that they get from having star players such as Fields or Martell on the field. People pay to watch great players play in games, not sit on the bench. At the end of the day, the NCAA is a business, and they are expected to make decisions that will allow them to maximize profits. Whatever their rationale is, the fact remains that the transfer portal protects the superstar minority, and insults the lesser-known majority, all without any consistency or useful precedent.

If there is one situation that demonstrates the dysfunction of the transfer portal perfectly, it is that of Luke Ford. A highly touted tight end prospect out of Illinois, Ford committed to Georgia in late 2017. However, due to his grandfather’s health, Ford transferred to Illinois after his freshman year. The NCAA denied his appeal for eligibility, and now he will have to wait until next season to play.

Of all the reasons to transfer, wanting your grandfather to see you play in a college game before he passes is about as good as it gets. But the NCAA doesn’t care about reasons or rules, it cares about the stars who will undoubtedly play in the NFL someday.

How many more relatives will have to die before seeing their grandchildren play before the rule gets changed? How many more stars will get free passes to come and go to schools as they choose? As for now, only time will tell.