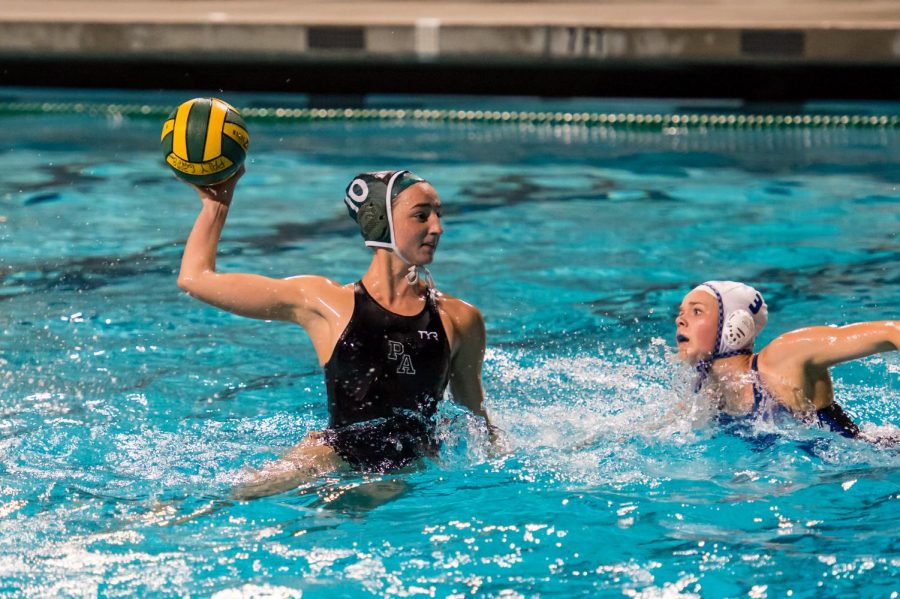 The game was a shoot out from the start each time, each team trading goals for the first half until Los Altos took the lead at halftime over Paly 6-4.

Going into the 2nd Half the Vikings knew that they needed to make a change in order to win the game, Sophie Kadifa (‘21) said: “The key to winning was defense, it doesn’t matter how good of shooters you have, you still need the defense to win games.”

And that is exactly what the Vikings did coming out of the half, but so did Los Altos leading to a defensive 3rd quarter in which the only 2 goals of the quarter came in the first minute.

The score going into the 4th quarter was 5-7 in favor of Los Altos, knowing this senior Chesnie Chueng scored within the first minute of the 4th, Los Altos quickly struck back.

In the first overtime Erickson scores within the first 18 seconds making the score 10-9, then moments later once again Erickson assists Kadifa on the shot to make it 11-9 Vikings.

In the last 1:30 of the first overtime period, Los Altos scores twice to send the game to the 2nd overtime.

Then once again after a Vikings score with only 1:08 left, Los Altos ties it again at 12 apiece to send to the third and final overtime.

In the final period which is sudden death, first to score wins, after a Kadifa steals the ball from the opposition, this leads a Gaither (‘21) goal, which ends the game 13-12 Vikings.

After the game when asked about the game coach Doug Stotland said, “In the end, it was about a bunch of athletes that worked so hard, were in great shape, competed hard, and never gave up.”