Air Jordan VS. The King – The Viking Magazine

Air Jordan VS. The King

The Last Dance documentary put Jordan back in the spotlight and showed a new generation the superhuman abilities he put on display throughout his career. Though we often succumb to recency bias, MJ’s dominance cannot be denied. He is the G.O.A.T, no questions asked.

With the third overall pick in the 1984 NBA draft, the Chicago Bulls selected a 21-year-old shooting guard from the University of North Carolina named Michael Jordan. After a 15 season career, Jordan would be regarded by many as the greatest basketball player to ever play the game. Many current and former players, some of whom are in the hall of fame, also say that Jordan has the most competitive nature of any players they have played against. There are many compelling arguments for why Jordan is the greatest of all time (GOAT). It could be his never-ending list of accomplishments in the NBA, his statistics over his career, or just flat out ability to win a game at all costs. Jordan checks all these boxes..

We need to remember that this is not a question about a player’s legacy and we must keep our focus on on-court achievements because if it were about legacy, Jordan is untouchable. He found himself in international stardom as he shot the NBA onto the map along with Nike. Air Jordan has forever changed

In 2003 a new King rose to try and take the mantle, “The Chosen One,” and in the last 17 years, some people (mostly our generation) seem to have forgotten about Jordan and begun to think LeBron James is the greatest to step foot on the court. How wrong they all are.
If we look at the traditional stats first, between Jordan and LeBron over the course of their careers and not all time as that speaks more to longevity, then you will see a clear divide between the two. Keep in mind that they each played different positions, Jordan played shooting guard while LeBron plays small forward. Jordan beats LeBron in five of the eight most common statistics per game. Jordan performed at a higher level on a per game basis in points, in steals, in blocks, in free throw percentage, and in fewer turnovers. Some may say that they played different positions so this is not a valid argument. But if you compare Jordan to other shooting guards, in comparison to LeBron he is much better than his peers at his respective position. Just a little something to think about.

Now, looking at the accomplishments throughout his professional career, Jordan won five MVPs, six Finals MVPs, rookie of the year, defensive player of the year, ten scoring titles, nine NBA all-defensive teams— the list goes on. Now, this is no small feat; he is second for MVP awards won while LeBron is third with four, first all-time in finals MVPs, first in all-time scoring titles— again the list goes on.
Last, but not least, let’s take a look at Jordan’s undeniable ability to win. Over the course of his career, Jordan made it to the finals six times. With six trips to the finals, Jordan is a perfect six for six with six finals MVPs to go along with it. LeBron James on the other hand has made ten finals appearances but lost six of them. Going to the finals ten times is certainly an accomplishment, but does it still count if you are in second place? No. There is no award for being the last to lose in sports.

Jordan’s homicidally competitive nature was known throughout the league. Players knew not to talk trash because Jordan would find a way to make it personal and make you pay for it sooner or later. And even when his opponents weren’t trash talking he would make up stories to ignite his inner fire.

Jordan played every night with two thoughts in mind, one was his burning desire to win, and the other was the thought that there may be a kid out there who may never get to see him play again so while he was playing he was going to put on a show. And put on a show he did.
So let me ask you this. If you had to win just one basketball game to save the world, who would you pick? The answer should be clear: “His Airness,” Michael Jordan. There is no other option; he is simply the greatest human to ever play the game of basketball.

LeBron is coming off his 4th ring and has shown no sign of slowing down. His prolonged dominance and 4th title with the Lakers inevitably raised the question: has he taken the title of the Greatest Of All Time away from MJ?

Expectations of a player coming into the NBA were at an all-time high in 2003. At just 17 years old, LeBron James was already on the covers of Sports Illustrated magazines and was being touted as the best prospect to come out of high school—ever. Mind you, this is coming off of the Kobe Shaq three-peat, so to say something like this about Lebron was almost unthinkable at the time. But was it wrong? No. LeBron has exceeded every expectation of him and more, he is The Chosen One, the King, and in many people’s eyes, The Goat.

But what about LeBron makes him the greatest to walk the earth? Is it his longevity and career stats? Is it his dominance? Is it having the best athleticism the league has ever seen? It could be any number of things, but in my eyes, it is that there has never been a challenge that he couldn’t overcome. When people told him he wouldn’t bring a title to Cleveland after losing that first year, what did he do? He came back from being down 3-1 in one of the greatest and most historic Finals performances and victories of all time. When he was told he couldn’t win in the West, what did he do? He took his talents to the City of Angels to bring the historic Lakers back to their former glory. When LeBron was told he wouldn’t live up to the expectations of him, what did he do? He crushed those expectations. Having the spotlight on you since a teenager can’t be an easy thing, but LeBron has embraced the spotlight and time and again dropped jaws and left breathless NBA fans across the globe.

The only true stain on LeBron’s career is one of the most infamous, hated upon, sports moves in history—“The Decision.” Seven words that brought on the onslaught of haters is all it took, “I’m taking my talents to South Beach”. Broadcasted live to millions across the globe on ESPN, the beloved hero of the Cleveland Cavaliers became a hated villain in the blink of an eye. Up until then, LeBron was the golden child of the NBA, but teaming up with already Hall of Fame-worthy player Dwayne Wade, and perennial All-Star Chris Bosh turned LeBron from hero to villain. “The Decision” is one of the most infamous events in NBA history and is the main thing that has turned fans of the game against LeBron.

While LeBron’s move to Miami was despised by many, it still has nothing to do with the talent he has and what he brings to the court every night. The craziest part about LeBron is that he is still going. He is heading into year 18 and is coming off of an MVP caliber season, FMVP, and NBA Champion. And what’s scary is that there is no end in sight. LeBron is 35 and seems to be in his 4th stage and prime of his career. One can argue that MJ has had a better career when looking at all the accolades, but to those people, I say this. Name me a season when LeBron wasn’t deserving of the MVP award. Name me a time where LeBron had someone like Scottie Pippen on his team. It’s simple—you can’t. LeBron is the greatest to ever step foot on a basketball court, and when it is all said and done, it will not even be an argument.

Now you decide: Who is really the G.O.A.T?

We think the G.O.A.T. discussion is really between MJ vs. LeBron, but there are some all time greats that often get left out of the discussion. Here are our Honorable Mentions. The best of the rest, if you will.

No one can deny the greatness of Kobe Bryant. 5 rings, 1 MVP, 2 Finals MVPs, and 15 All NBA awards. He will go down in history as one of the most beloved and influential players of all time.

The Hall of Fame big has 6 rings, 6 MVPs, 2 Finals MVPs, and is the all time leading scorer. While the title still belongs to either LeBron of Jordan, don’t be so quick to forget Kareem and his greatness.

By far the most dominant player compared to anyone in their respective era. Bill Russell’s 11 rings in 12 years is enough on it’s own to put him in the honorable mentions category for this debate.

The LeBron before Lebron, Magic Johnson was a problem in the 80s. His playmaking ability was other-worldly and he was a winner. The 5x Champ, and 3x MVP, is very deserving of an honorable mention.

About the Writers
Henry Bolte, 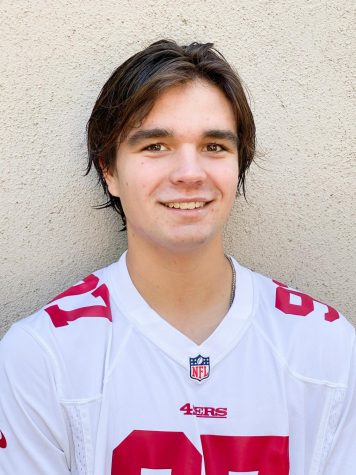 Air Jordan VS. The King