The Paly girls’ softball team feel to its knees in the rain on Tuesday, losing to St. Ignatius College Prep by a final score of 11-0.

Paly started the game off strong and held a shutout into the third inning before the flood gates burst open. SI was able to knock sophomore pitcher Julia Saul (’14) out of the game and bring in six runs before the Lady Vikes could get out of the jam. 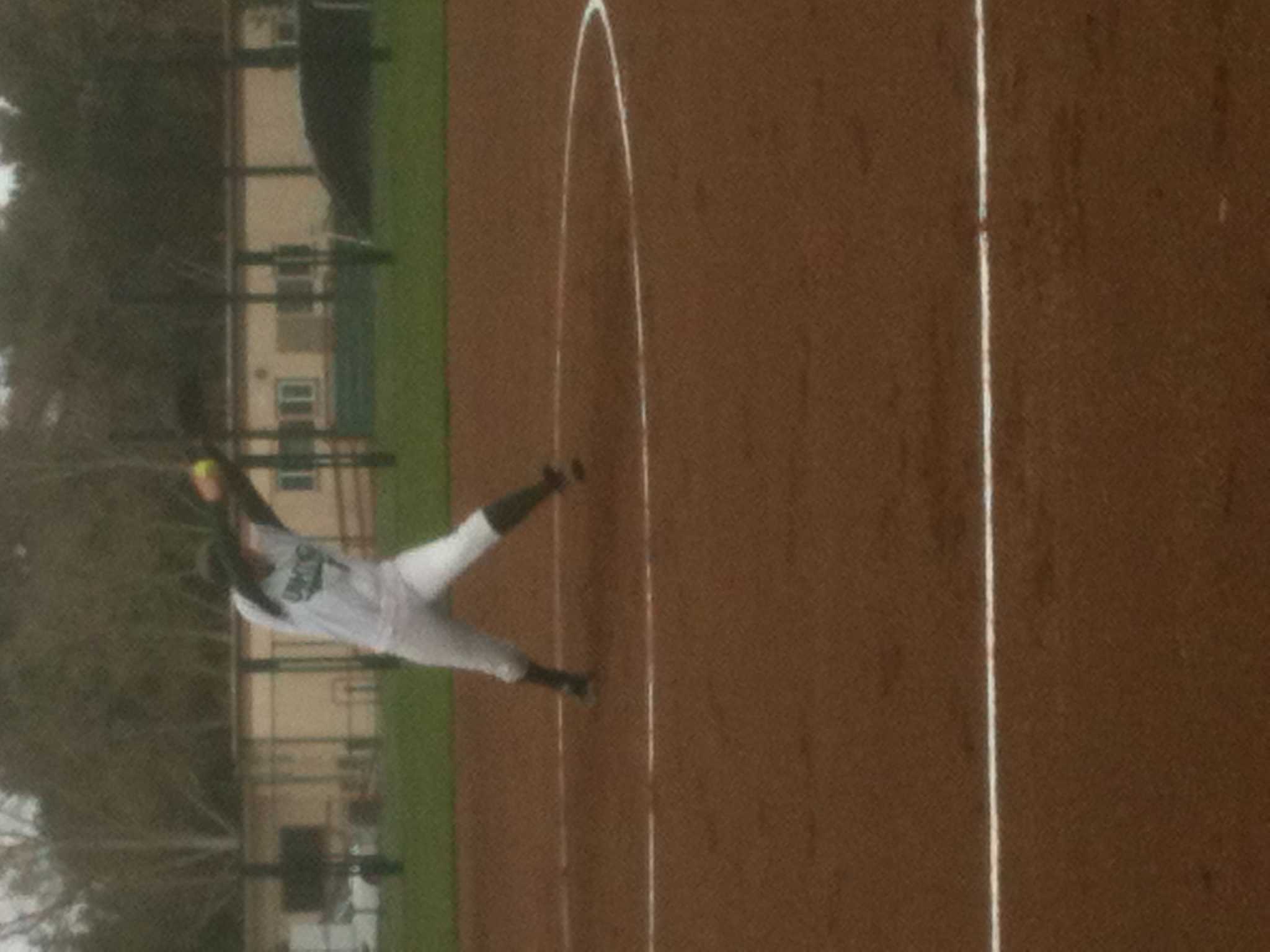 Paly was never able to close the deficit despite two hits from third baseman Hannah Bundy (’14).

“I [could] dive for some more balls that I didn’t dive for and could have hit more solid hits,” Bundy said.

Bundy also felt that key errors on the defensive side of the ball plagued the team. She does however, believe that the Lady Vikes will be able to move on.

“All [we] gotta do is just learn from [our] mistakes and work on them at practice,” Bundy said. “When game time comes [we] have to focus and forget everything else on the outside.”

The girls play next against Aragon High School at home on Thursday, March 3rd. 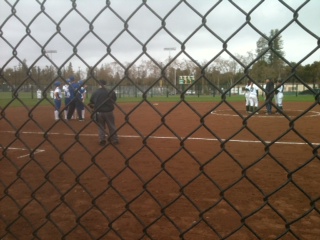 The St. Ignatius and Palo Alto softball teams conference during a pitching change.