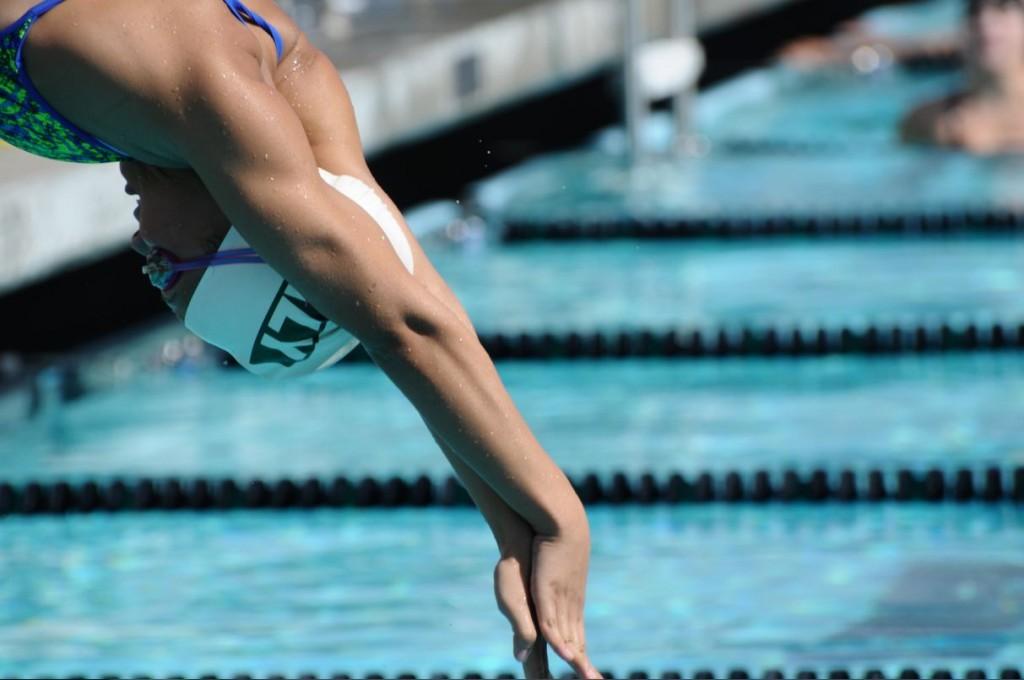 Katrina Nguyen (’14) dives into the water in one the team’s 2012 meets. Now bigger and taller, she will remain an important asset as an anchoring sprint freestyler.