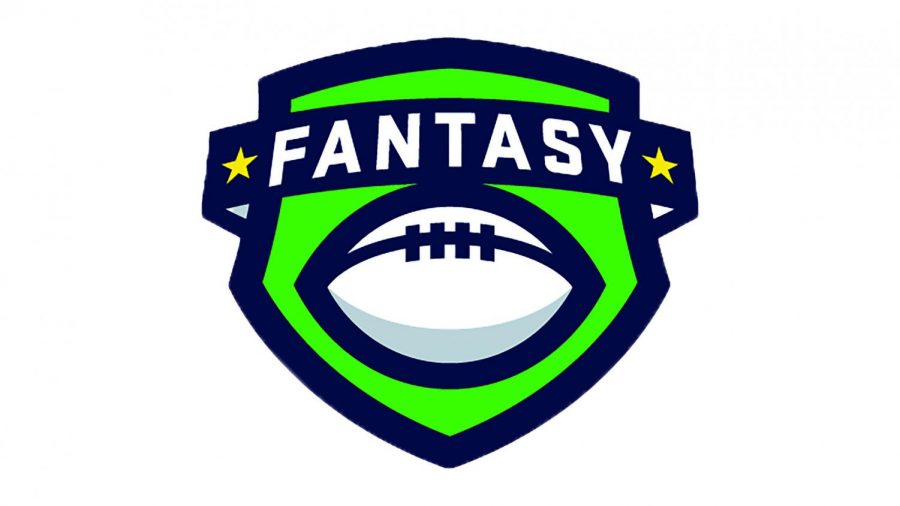 For those who don’t know how fantasy works, each team consists of players that they draft or pick up off the waivers. Every week each team plays another team

stats of the whole team. For example if a wide receiver were to have 5 catches for 100 yards and 1 touchdown that would be worth 21 points. The Viking fantasy league uses PPR meaning that for each catch a player gets they get a point. After all the games have been played you combine. For each team there are 14 teams each with one quarterback, two running backs, two wide receivers, one tight end, one flex, one defense, and most importantly one kicker along with five bench spots.

The knowledge of our fantasy league owners is widespread, on one side we have a fantasy guru in Callum Olsen ‘21 heading team, Bundy Is a Dictator, (he changed his name to this after I made him change his original one) and in another, we have team Hanaka oh Hannika led by Annika Shah ‘21 and Hana Erickson ‘21 both of who are not the most knowledgeable about the world of Fantasy. The Viking Fantasy League should be an interesting on

One of the biggest fantasy related events that occurred throughout the first couple of weeks was involving Saquon Barkley, a superstar running back for the New York Giants. Barkley was on the DN Dinos, managed by Ryan Leong ‘21, second overall pick and now after week two, Barkley is out for the year with a torn ACL. Leong now has to cope with his best player being sidelined after only one full week of playing.

“Honestly I’m feeling really depressed because I picked him with the second overall pick and I also considered trading him before he got hurt,” Leong said.

Leong picked up Devonta Freeman, who was recently signed by the New York Giants, who he hopes will be able to fill some of the void that the injury to Barkley left in this team. Alongside Devonta Freeman, Leong has Kareem Hunt, Jerrick Mckinnon, and Phillip Lindsay, running backs for the Browns, 49ers, and Broncos respectively, but currently Lindsay is injured. McKinnon is a temporary starter as the starting running back on the 49ers is currently injured. With the injury to Barkley it puts Leong in an extremely tough situation for the rest of the year.

Another similar situation to that of Barkley is Christian McCaffrey, another superstar running back on the Carolina Panther, who has dealt with ankle problems for his entire career. Now after week two, McCaffrey is sidelined for the next couple of weeks, team Bundy is Mean run by Ian Comey ‘21 used the first overall pick in the draft on the running back. Comey, similar to Leong, has to deal with his best player not playing for him for the foreseeable future.

“It’s a big blow to my team, but seeing how bad the injuries were for other top players makes me realize it could’ve been worse,” Comey said.

However, unlike Barkley, McCaffrey will be returning sometime within the next two to six weeks. For now Comey will have to deal with Myles Gaskin, Miami Dolphins Running Back, who he picked up on the waiver wire going into week three. Despite this pick up, Comey can’t wait for his star Running Back to return.

Thieman needed both a running back and a wide receiver; he dealt Wilson away for David Montgomery, Julian Edelman, and Ben Roethlisberger.

wanted. Something common throughout the fantasy world is something called a handcuff, this is an act of insurance in which you draft the backup to a star in case of the certain star getting injured. Interestingly, no one in our league decided to do that with their teams. Most teams in the league were stricken with injuries throughout the first few weeks leading to the waiver wire being in a claiming frenzy. Every week the top players on the waiver wire are gone instantly. This has had an impact on the league as players are shifting throughout the league on a weekly basis.

Almost every team in the league has had to make pickups sometimes throughout the season only three weeks in. In the first week team Big Bundy Brand and team Baby got Dak both pi 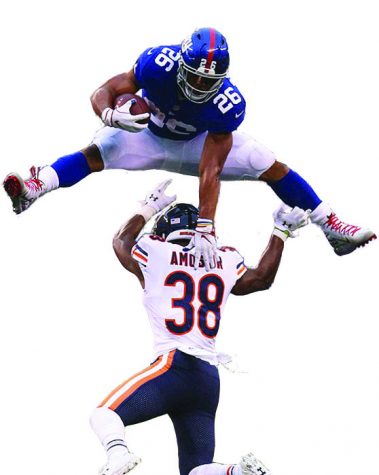 cked up Malcom Brown and Nyhmien Hines respectively. After big week one’s out of both players, both proceeded to fail their owners with Brown scoring a combined 6.8 points through weeks two and three and Hines doing a little bit better with 11.5 through two weeks. Baby got Dak dropped Hines, while Big Bundy Brand picked up Joshua Kelley, running back on the Chargers, to replace Brown.

The reason team Big Bundy Brand needed to pick up another running back was because of Mark Ingram. Ingram was a star in the Ravens offense last year and I had high hopes for him this year. However, the combination of Ingram aging and the draft selection of Ohio State running back J.K. Dobbins now leaves Ingram averaging 7.2 points through the first three weeks. This number is boosted by his week 2 performance where he had 15. I used an early draft pick on Ingram and is now left with a less then stellar running back on my roster.

One team with a successful pickup after week two was team Hanaka oh Hannika, who picked up Mike Davis running back on the Carolina Panthers, the backup for Christian McCaffery. Everyone expected Davis to have a good week, especially filling the shoes of a great player. Davis did not disappoint throughout week three putting up 23.1 points highlighted by eight receptions with one touchdown caught. Davis is a temporary player only getting major touches for the next couple of weeks while McCaffery is sidelined with ankle injuries, but for the near future Davis will most likely put up big numbers.

An interesting thing occurred going into week 4 of the NFL. Several Titans players and staff came down Covid-19. The game between the Titans and the Steelers was postponed until week 7.

This has had an interesting effect on fantasy seeing as players could have to miss a game that managers were not planning for prior. This has an even greater impact than on teams directly affected by Covid.

Last week the Vikings played the Titans, and since the game several Titans team members came down with Covid-19. Now not just the Titans are shut down but the Vikings as well. This means that either the Vikings will not play their next game or they are missing out on valuable practice time. This could be detrimental to a player in fantasy as a week of practice is extremely important for preparing for certain teams.

For example Dalvin Cook has been a solid running back for the Vikings, however without a week of practice the Viking’s as a team could lack knowledge on the opposing team. This raises a question on if you should start players on a team who are missing out of practice.

The next 13 weeks will be interesting for the Viking Fantasy League. Some teams will struggle with injuries, after their star players going down early in the season and attempting to replace the players off the waivers. Some teams have stayed healthy and are attempting to make a run for the playoffs, and other teams are healthy but just bad like team Big Bundy Brand. However no matter how good or bad each team is there will definitely be tears of both sadness and happiness. 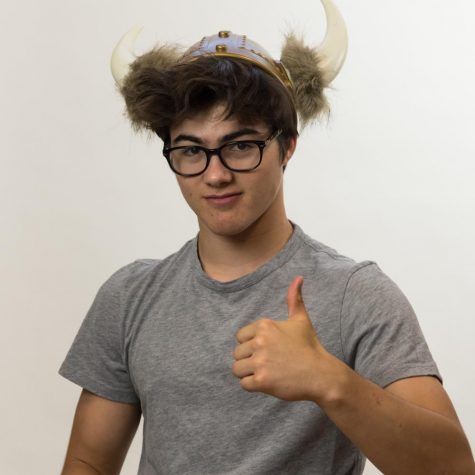