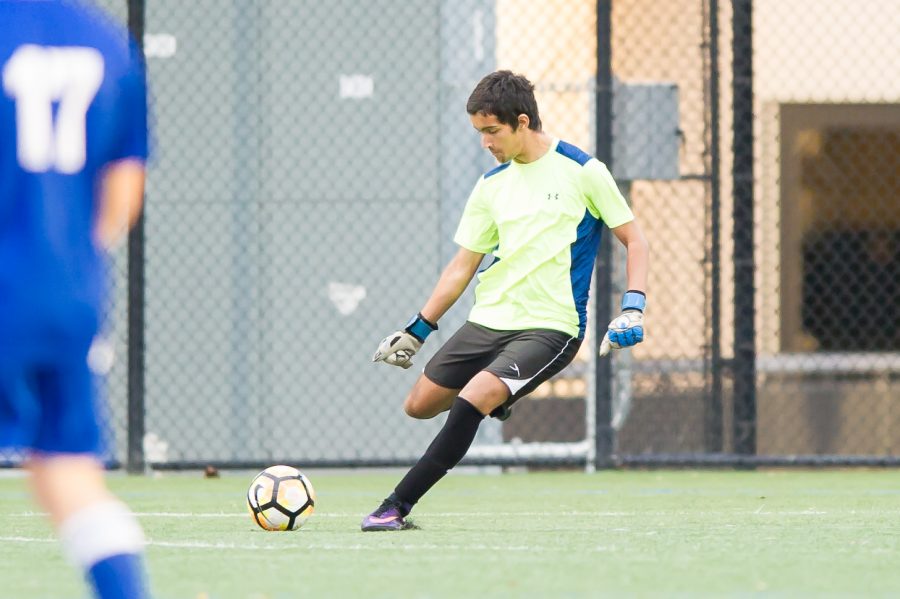 Paly was able to take an early lead (16th minute) thanks to Leyton Ho (‘19), who skillfully dribbled down the middle of the pitch, beat the center back, and slotted it home.

The Vikings continued to put pressure on Fremont, especially on the defensive end. Palo Alto’s goalie, Jackson Druker (‘20), was able to make a series of key stops throughout the game, which maintained the Viking’s lead and provided countless scoring opportunities for the Viking offense.

Paly’s next scoring opportunity came in the 57th minute when Isaiah Schoenberger (‘19) drove the ball up the left side of the pitch and achieved a one-on-nobody. Unfortunately for the Vikings, a last second pass was intercepted by a Fremont centre-back, slowing their offensive momentum.

During the 75th minutes Kenzo Morabia (‘19) was able to dribble through Fremont’s midfield, and make a great pass to Schoenberger, who capitalized on this opportunity for retribution and scored.

During the final 15+ minutes, the Vikings focused on the defensive-end, and were able to maintain their commanding 2-0 lead by limiting Fremont’s opportunities. The Viking’s defensive success can be attributed to a dominant backline.

While the start of the second half was sloppy, with lots of fouls and turnovers, the Vikings proved conclusively that they are a team to look out for in the playoffs.

Paly heads back to practice next week, and prepares for the playoffs, with a clear vision of what they need to accomplish.

“We set the tone early, which was good” Matthew Knowles (‘18) said. “But we need to keep that intensity up throughout the game in order to be competitive in leagues.”