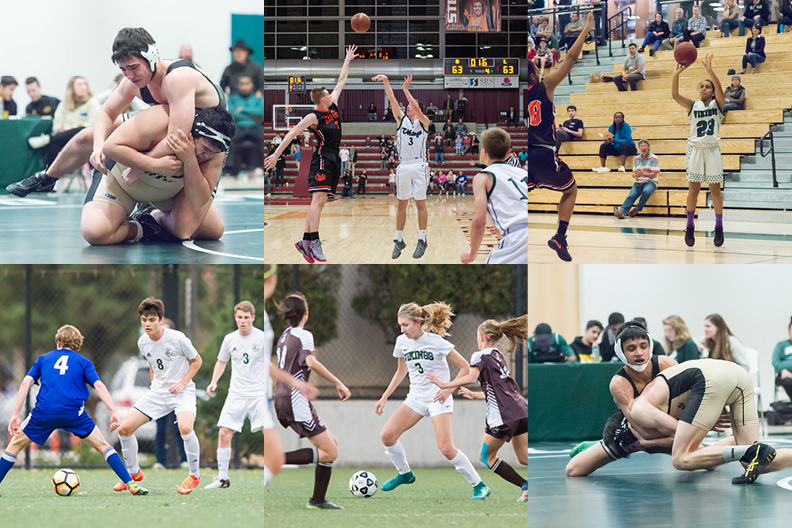 After winning the SCVAL title and being selected as the #3 seed in the CCS Open Division tournament, boys basketball looks to make a run at the open division title.

“I want to win Open,” Will Schlemmer (‘18) said. “I think we have enough talent and experience to win every game, but it’s going to take our best game every time to win. Our team goal is to at least win in the first round and be the first public school to beat a WCAL team in Open.”

The eight-team tournament will take three wins to win the whole thing. The Vikings will play #6 St. Ignatius (16-9) in the first round of the tournament at Fremont High School at 7:00 on Friday. If they beat St. Ignatius in the first round, they will likely play #2 Menlo (23-1) in second round. The Vikings played Menlo in the finals of the Burlingame Tournament on December 8th, and lost after a tightly contested game. #1 Bellarmine (21-3) would likely be the Vikings’ opponent if they were to make it to the finals.

Paly’s experience from last year, after winning CCS DI and placing second in DI CIF NorCals, will help them in their playoff run this year.

“We have a lot of experienced seniors on the squad that helped us go deep in our run last year so I think we all have a mindset that we can make it back there again this year,” Schlemmer said. “I think a lot of our team thought that our NorCal final game was a fluke and that if we played James Logan again we would beat them so we are going to play with a chip on our shoulder this year.”

“It’s way too early to think about [states],” Schlemmer said. “Just got to focus on the next game.”

“Obviously I would like to win CCS but we are taking it one step at a time,” Carly Leong (‘18) said.

The Vikings first game will likely be against #5 Carlmont (18-7), assuming Carlmont beats the winner of the 12-13 game. Paly lost at home to Carlmont 48-33 on December 8th, but since then has dominated SCVAL’s and it playing much better basketball. Also, the remaining players from last year will rely on their experience from their CCS title last year to help them this year.

“From my past experiences we worked really hard in the week leading up to our first playoff game and we really emphasize that seeds don’t matter and it’s how hard we work,” Leong said.

The #1 seed in the tournament, Menlo-Atherton (19-8), is the heavy favorite. M-A also beat Carlmont twice by more than 15 point. The Vikings will need to win the tournament in order to qualify for the CIF DI tournament, which they lost in the first round of last year. Nevertheless, Leong emphasize that they are focussing on the team in front of them rather than looking ahead.

After finishing 3rd in SCVAL and being selected as the #4 seed in the CCS DI tournament, boys soccer is looking to win CCS.

“Our goal is to win CCS, simple as that,” Matt Knowles (‘18) said. “We have seen the bracket and the #1 seed [Lincoln] is a team we beat 2-0, so we have a lot of confidence that we can win against any team in the playoffs.”

Indeed, Paly beat Lincoln 2-0 in the Homestead Cup on December 9th, so the Vikings’ chances at winning the CCS title are very real. Their first round matchup, Gunn, is also a team that they are familiar with but they haven’t played them this season. The game is at 3:00 on Wednesday at Paly.

Last year, the Vikings lost to Menlo-Atherton in a penalty shootout in the DI CCS tournament.

“Of course, that was very disappointing for us,” Knowles said. “But we beat M-A in preseason, which avenged that loss and we’re going to use that feeling after losing to them last year as motivation to refuse to lose this year.”

After finishing 2nd in SCVAL and being selected as the #4 seed in the CCS Open tournament, girls soccer looks to make a deep run in the tournament that they lost in the first round of last year.

“Every team in Open Division is excellent, and we expect to play against no less than the best,” Emily Tomz (‘18) said. “We’ve had a rough end to the season, but we need to get our minds focused for the upcoming game. Ernesto always told us to play every game like a championship game, but now we have to take that extra seriously because each game is like a championship. We lose, we’re out.”

The Vikings opening round matchup is at #5 Pioneer (15-1-4) on Saturday at 1:00. Pioneer hasn’t lost a game in over a month, but the two teams haven’t played this season.

Paly proved that anything is possible on this tournament when they beat #2 Mountain View (19-1-0) on January 24th 2-1. The game handed the Spartans their only non-win of the season.

After two wrestlers won their respective weight classes at the SCVAL tournament, five wrestlers qualified for the CCS tournament to be held at Pegasus High School on Friday and Saturday.

“Coming off last year where I didn’t place, I was motivated to work hard and wrestle through the offseason,” Grewal said. “This year my goal is to qualify for the state tournament.”

In CIF wrestling, each high school is allowed to enter one wrestler in each weight class at their league tournament. Then, the top four wrestlers in each class from the SCVAL’s qualify for CCS and the top three at CCS qualify for states.