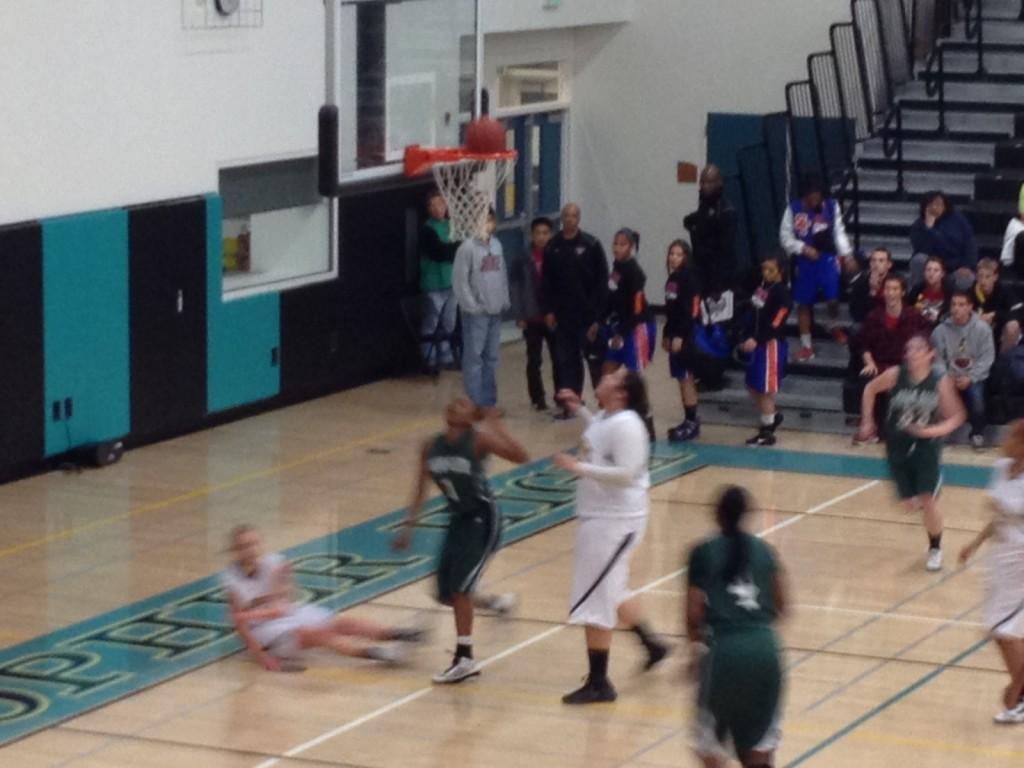 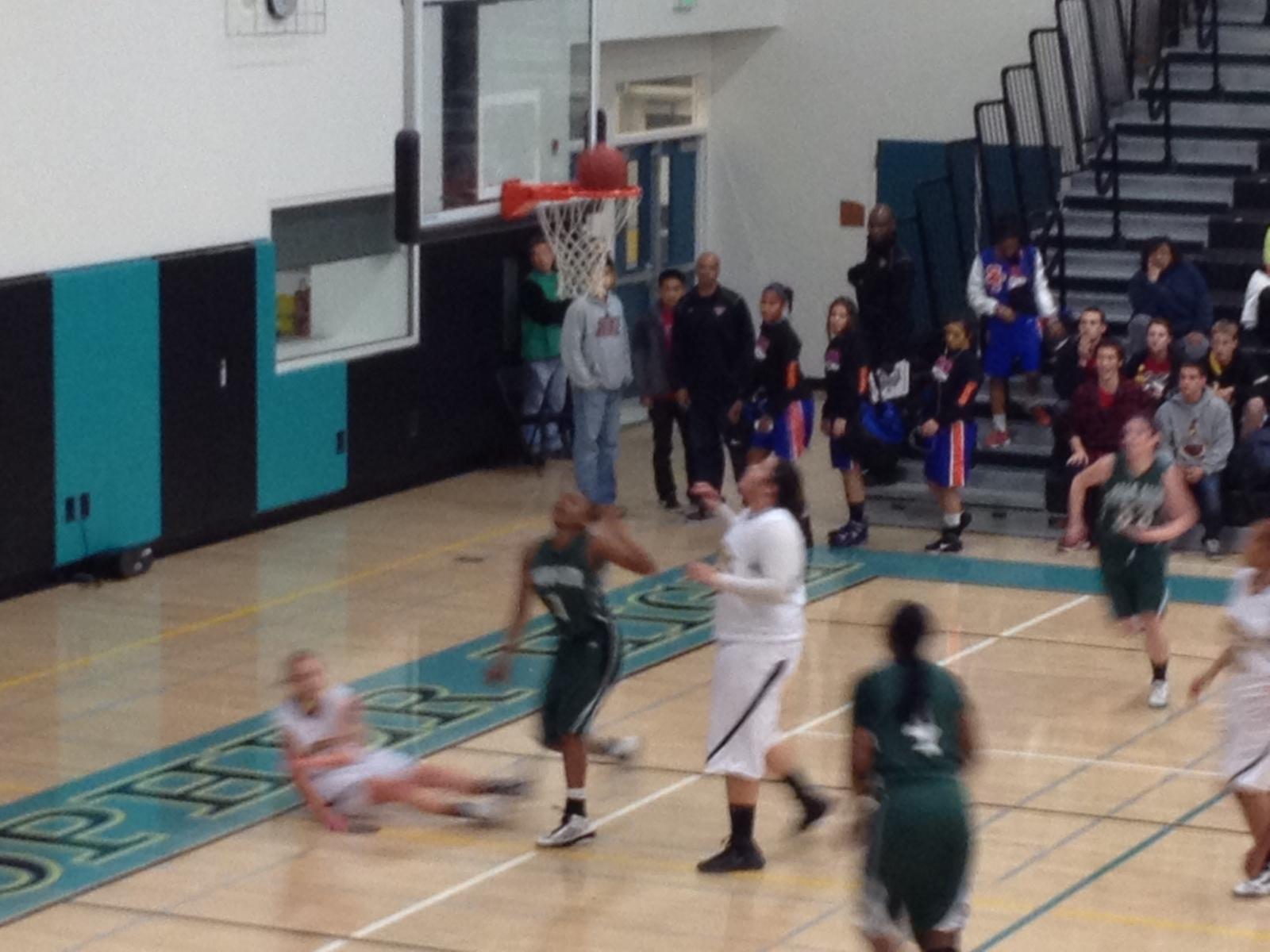 Paly fell to Wilcox once this season, which was one of the team’s two losses in league, the other being Gunn. The three teams tied for league and drew names out of a hat to determine which seed each team would be in league. Gunn got the number one seed, Wilcox got second, and Paly was left with the number three seed.

Tonight, Paly took an early lead against the Lady Chargers. The Lady Vikes were up 11-8 at the end of the first quarter and widened the gap to 22-15 by the half.

“I didn’t even think losing was a possibility going into the game,” forward Emilee Osagiede (’12) said. “It’s my senior year and I want to go out with a bang.”

Paly guard Lindsay Black (’12), who was the top scorer for Paly today with 16 points, attributes the team’s effectiveness to its tough defense.

“We got out on their three point shooters and rotated well,” Black said. “Even if our rotation was off, someone was always there to back them up.”

Paly held Wilcox forward Josetta Fatuesi (’14), who was named the league MVP, to only three points in the first half. Osagiede felt prepared to guard her.

Osagiede and point guard Stephanie Allen (’13) both had ten points on the night. In the second half Paly continued solid defensive, and was up 36-23 at the end of the third quarter. The final score was 45-33.

The Lady Vikes play Gunn at Santa Clara this Saturday, whom they beat last year for the CCS title in the finals. Win or lose, the Lady Vikes will continue to the first round of NorCal playoffs.

“I’m looking forward to showing Gunn who the real CCS champions should be,” Osagiede said.