High Technology: How technology is changing the game – The Viking Magazine

High Technology: How technology is changing the game 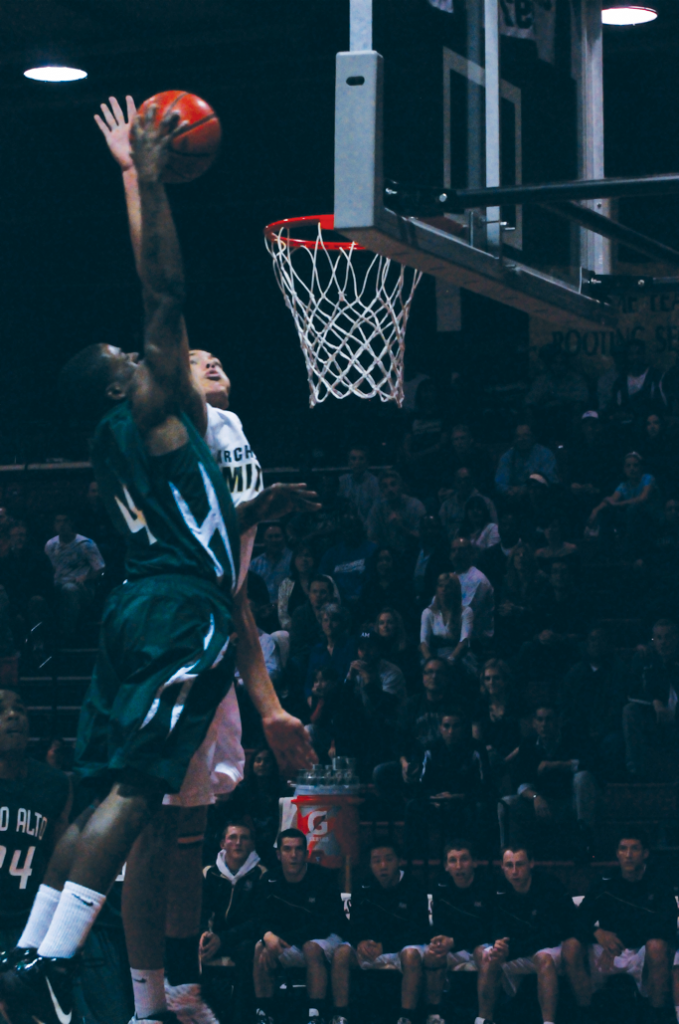 BOUNCE Guard Davante Adams (‘12) leaps up for a slam dunk on Aaron Gordon (‘13) of Archbishop Mitty on March 1 in the CCS semifinals.

In the age of iPads and Xbox 360s, technology seems to change continuously. People have gotten so accustomed to the continual updating of technology that they get frustrated when the growth doesn’t happen or if it doesn’t happen quickly enough.

Of course, sports are not spared from this change. Baseball players research the new year’s bat models as if they are preparing to buy a new car. Basketball players scramble to buy the flashiest, lightest, bounciest basketball shoes every season and, in some cases more than once a season.

The University of Oregon football team, sponsored by Nike, is famous for its new and flashy uniform design that changes every few seasons. But most fans do not realize that besides making Oregon one of the more stylish college football teams, the uniforms also incorporate new Nike technology.

The most recent uniform overhaul in 2009 severely cut weight from the Ducks’ uniforms by 25 percent overall.

Most fans recognized the 2010 change in shoulder pad design, from a diamond plate design to a winglike laminate anti-abrasion shoulder reinforcement. Less well known, however, is that statistically, the change was a 200 percent drop in weight differential from the older design.

Oregon’s uniforms are also nearly skin-tight, a design feature pioneered by Nike. The tightness limits the potential for grabbing the jerseys, making the Ducks tougher to tackle.
While many sports incorporate similar gear, like footwear and uniforms, all sports have specific equipment. The Viking looked at five Paly sports (football, tennis, basketball, baseball and swimming) to analyze the technology in shoes, protective gear and clothing material.

For all sports, the idea of footwear is to minimize weight as much as possible. But companies also focus on foot support to prevent most minor injuries. Because of this, companies continually research materials that are lightweight, yet strong.

As a result, Nike created Flywire in 2008. Woven filament-like cables in the upper wrap around the foot create a sturdy and lightweight exterior for protection. Nike now uses Flywire in virtually all of its athletic shoes and cleats, to offer performance and style.
The Nike Hyperdunk basketball shoe series uses Flywire to make the shoes lighter. Boys’ varsity basketball forward Israel Hakim (‘12) wears personalized Hyperdunks, both for productivity and style.

“I think having shoes that are lighter makes you a little more boingy,” Hakim said. “And I like to look good; looking good makes me feel better about my game.”

Most companies use rubber soles for traction purposes on the court or field, with the exception of cleats on fields and track.

Physics proves that the smoother a surface, the less friction will act on the sole. And since the point of traction is to increase friction, the surface should be as rough as possible, while not increasing friction to the point that walking would be unbearable. To do this, the sole of a shoe is flat from a profiled view.

But most shoe soles actually have traction, so that the player can enjoy the feeling of grip on the playing surface when participating in their sport.

“[With more grip] you can do certain cuts and do certain moves,” Hakim said. “You don’t want to slip.”

The materials used in the upper part of the shoe are generally perforated, so that the foot can breathe, keeping it cool and limiting perspiration. Perspiration leads to blisters through the sliding of the foot in the shoe.

Many of the materials used in the upper of a shoe are similar to those in clothing. Adidas uses ClimaCool technology in its shoes and clothing to achieve this.

Dr. George Havenith from Loughborough University in England explained that each sport has a different optimal temperature at which to perform, which depends on the amount of energy necessary to play the sport. Since exercising creates body heat, the body’s sweating mechanism kicks in to attempt to cool off the skin. Ideally, the sweat would evaporate off the skin after it serves its use. But most of us do not exercise naked, and the main alternative to doing so (wearing cotton) hinders that natural process from occurring, thus insulating the body and keeping the original body heat internalized. Because of clothing, the process of sweating can be seen as a waste of time.

ClimaCool technology actively directs cool air around the foot and body to reduce heat, which reduces the amount of sweat needed to be produced. The areas in which the air is directed most was designed specifically using a sweat map, which shows where the body produces the most sweat. The directed air attempts to optimize the heat loss of the player.

Another popular clothing technology attempts to wick sweat through the fabric to the surface of the clothing where it can then be evaporated off, with the intention of maintaining a reasonable level of perspiration on the athlete’s skin. Ideally, the wicking technology would wick away all of the sweat.

Another innovation clothing has endured is the popularity of skin tight apparel. Compression gear reduces muscle vibration, which is one of the leading causes of muscle fatigue. So the reduction of the vibration inevitably leads to a reduction of the fatigue.

Under Armour, the pioneer of performance compression, maintains that the HeatGear moisture transport technology, “the original second skin layer,” “ensures fast drying performance that keeps you cool and won’t weigh you down.” It also adds “bolstered muscle support and increased circulation resulting in higher efficiency output and increased stamina” due to the compression.

Dr. Tom Gavin from East Carolina University found in a study that both cotton and its nemesis, wicking material, had little effect on altering the body’s core temperature. So scientifically, the wicking materials make little difference to the player.

Yet most players still hold on to the idea that wicking and compression increase performance on the field. The NBA All-Star Game in Los Angeles in late February was the first in which players were given the choice to wear either the new Adidas TECHFIT skin-tight compression tanks or the more conventional, classic loose jerseys.

“They’re 40 percent lighter and give players the advantage of being sleeker so they can’t be held. Not to mention the built in performance enhancement,” Travis Blasingame, Adidas’ global business director, told the Toronto Star.

Adidas also includes either padding or their TPU (thermal polyurethane) bands  on compression apparel. The padding is relatively straight forward, placed on the most impacted places on the player’s body: thighs, hips, rear, ribs and elbows.

However, Rick Powers, a sports management expert and professor with the Rotman School of Management, found the effects of the TPU bands and PowerWEB are mostly psychological.
“I don’t know how [the jersey] is going to improve performance, but it certainly addresses an intimidation factor,” Powers said.

Dr. Darren Stefanyshyn disagrees with Powers. His research at the University of Calgary found that TECHFIT provides an average of 5.3 percent improvement in energy output,  a 1.1 percent faster sprint time over 30 meters and a 1.3 percent decrease in oxygen consumption.

The reason for this, according to Stefanyshyn and Brady Anderson, a Sport Researcher for the TECHFIT PowerWEB on the Adidas Innovation Team, is that since the PowerWEB/TPU bands are elastic, they can store elastic potential energy when stretched by the athlete’s muscles. When released, the bands simultaneously release that energy to be used by the athlete, therefore slowing down the effects of fatigue, which decreases the amount of force each muscle can produce.

The bands also align the muscles into their proper places where they can operate the best. Our muscles can be used to their full potential when in the right place.

“Our arm, for example, works best in a middle range of motion,” Stefanyshyn said. “It’s very weak at an extended position or a very weak in a contracted position, but by putting these elastic bands on that, we can manipulate where the operating range is of these particular muscles.”

High Technology: How technology is changing the game