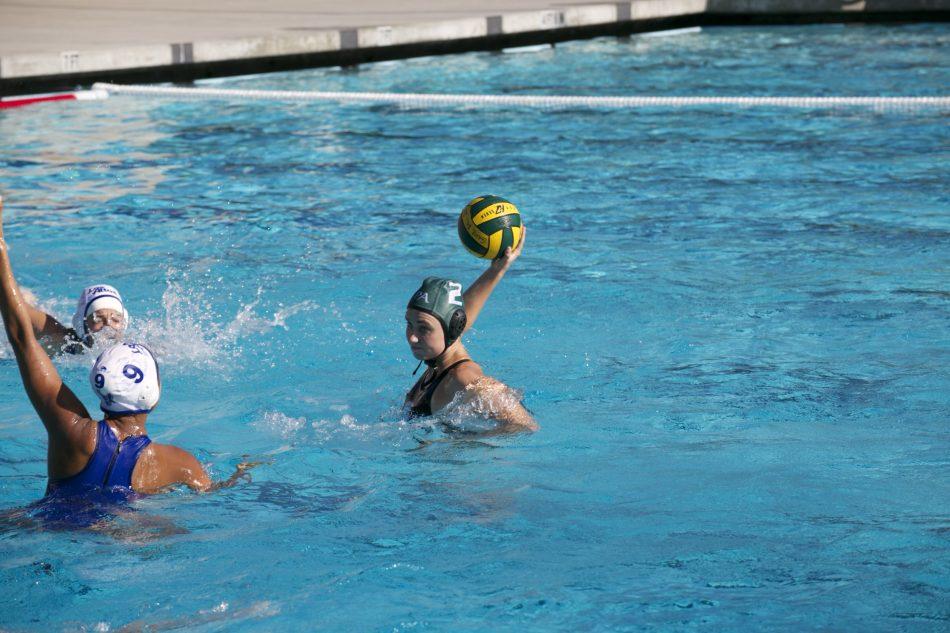 The lady vikes failed to capitalize in lots of their first half opportunities despite great attack play throughout the first half. Sophie Frick (‘18) managed to slam a goal into the back of the net during the first half while also creating a great deal of chances for her teammates.

At the end of the first half, the lady vikes were down to Los Altos 4-2, and looked to get back into the game during the second half. Unfortunately this never happened, as Los Altos fed off turnovers from the lady vikes that would turn into goals for the Los Altos Eagles.

Even with lots of physical play and good defense, it was ultimately the plethora of turnovers that led to the downfall of the ladies. They fell 7-4, but were still relatively satisfied with their outing.

“The team did really well, it was a very big bounce back from our game against Gunn… We never gave up and we were pretty much in it the whole time,” Frick exclaimed as she was clearly pleased with the performance despite the loss.

With play like this, the girls look to improve even more going into the final part of their season, trying to notch a few wins on their way.

“I think we’re still working towards just more consistent play throughout each week, each, the season, just being more consistent,” the girls’ coach Aileen Delaney stated about what the team needed to improve on.

The lady vikes hope to finish the season out strong next Tuesday versus Cupertino, who they were able to wallop 16-6 earlier this season.