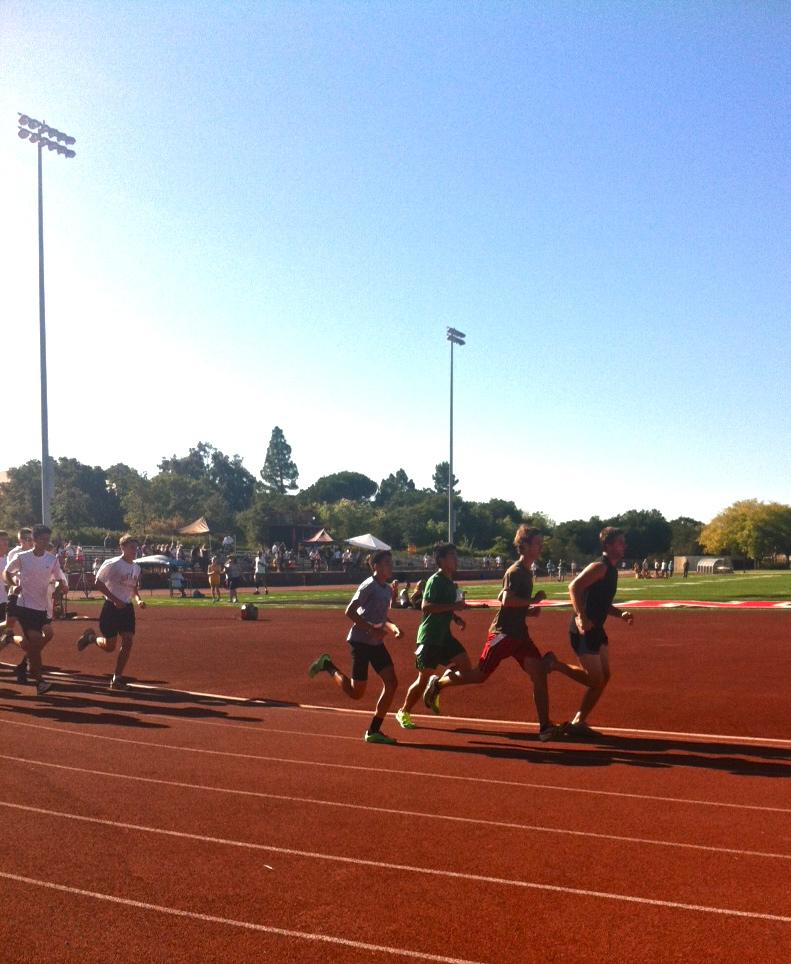 In the boys’ frosh-soph race, Nate Cook (‘15) took home a first place finish  with a time of 11:48 minutes. This time made him Paly’s fastest finisher, and would have earned him a third place finish in the varsity race. This standout performance earned him recognition from his teammates.

Coach Marcus Stone was pleased with the results from the meet.

“We did excellent today,” Stone said. “I was very surprised by how well they did.”

With a victory over rival Gunn High School under its belt, the team looks forward to improving over the rest of the season. May, a team captain, is confident in his team’s future.

“I think we have a lot of room to grow over the season, so I’m looking forward to that” May said. “With workouts and general training, we’ll get better over time.”

The boys next hit the trails on Saturday, Sept. 15 at the Lowell Invitational at Golden Gate Park in San Francisco.