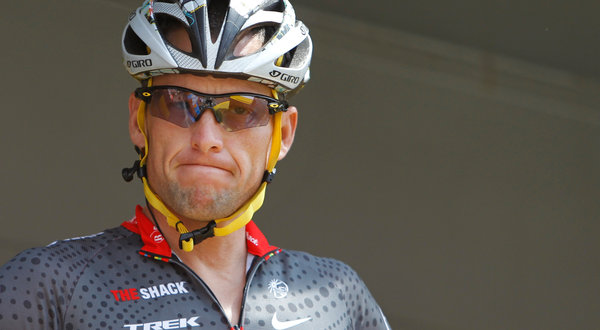 What will be remembered of Lance Armstrong's legacy?

As long as you haven’t been living under a rock for the past decade, it is safe to say that you, reader, are familiar with the name Lance Armstrong. As a seven year Tour de France winner, top tier worldwide cyclist, cancer survivor and founder of the famous “Livestrong” foundation, his name is hard to miss.

However, Armstrong’s name hasn’t always hit the headlines to celebrate his accomplishments.  For the last 14 years, his reputation has been plagued by doping charges. The United States Anti-Doping Agency (USADA) has been on Armstrong’s trail since 1998, accusing him of doping. For those of you who don’t know, doping is the act of consuming performance enhancing drugs in order to boost an athlete’s edge in a competition – an act considered illicit by most athletic associations.

After 14 years of back-and-forth battle between Armstrong and the USADA, Armstrong finally resigned. In a statement by Armstrong on Aug. 23, he announced that he would discontinue fighting any more charges against him regarding doping. After 14 years, he decided that it was simply too much for him and his family.  In surrendering the fight, Armstrong was stripped of all titles he had earned since August 1998, including his 7 Tour de France titles and Olympic bronze medal. But, to truly grasp the depth of this punishment, flash back to 1996.

1996: The year when Armstrong was at the pinnacle of his career. At only 25 years old, he was a rising worldwide star in the world of cycling, winning titles one after another, when on a fateful day in October of the same year, he was diagnosed with testicular cancer.

To most, this diagnosis would have most likely signified the end of a career. The public would have moved on, seeking the next world champion.

He wasn’t about to give up that early. He wasn’t about to call it quits on a career with so much left to accomplish. So instead of lying around in bed all day hoping the cancer would cure itself, he chose to defy the odds, and stun the world.

After spending two months in chemotherapy, Armstrong gave cancer a taste of its own medicine and overcame the disease, even though after his first diagnosis he was thought to have less than a 40% chance of survival.

Armstrong picked up the reigns from where cancer made him drop them, laced up his cycling shoes and went on to win SEVEN consecutive Tour de France titles, as well as a bronze medal from the 2000 Olympic Games.

Flash forward to August 2012.  Regardless of the lack of physical evidence, the USADA stripped him of his titles.

Personally, I do not believe Armstrong can be found guilty of doping.  My trust in Armstrong is simple: He is THE Lance Armstrong, the man who defeated cancer, the one who established the Lance Armstrong foundation which has raised over $400 MILLION to help in cancer research and the guy who won 7 Tour de France titles.

This is my opinion. I grew up mesmerized by the yellow Livestrong bands, and as an athlete myself, his story of resilience was unmatched. I for one stand in solidarity with Lance Armstrong, who I believe did not commit the act of doping.

But let’s put my opinion aside for a moment. Regardless of whichever side you may take regarding the controversy, there is a lesson we can all draw from it: There are no shortcuts to success. If you want to become a world champion it is earned through blood, sweat and commitment. What’s more, our bodies are our own. We can choose to strengthen, destroy or enhance them, but to achieve true success, decisions will have to be made that preserve our integrity, character and body.