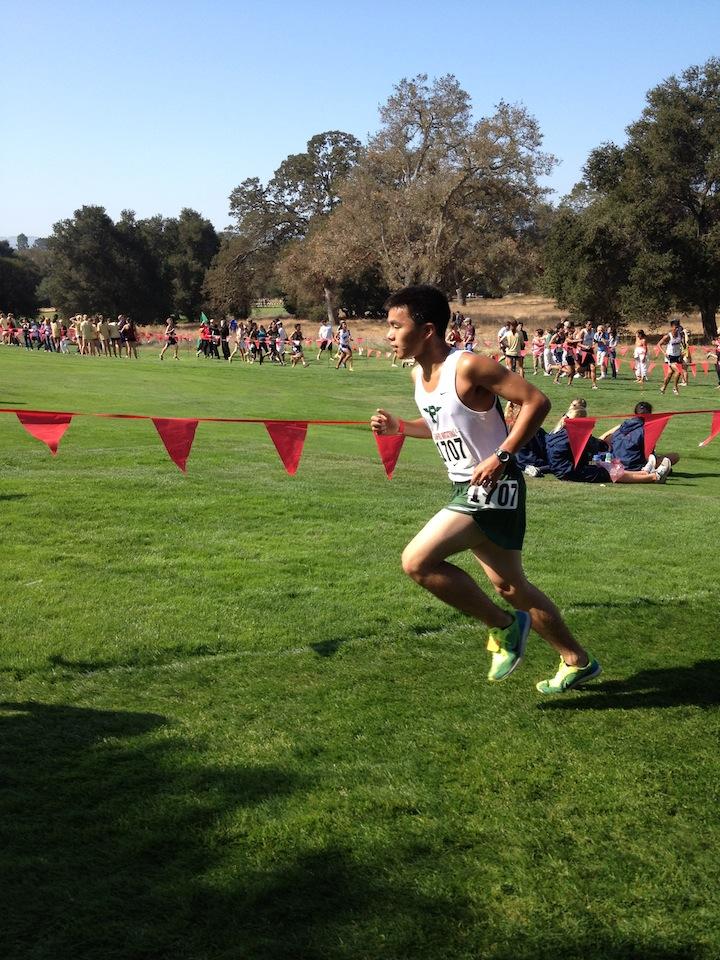 The Paly boys’ cross-country team placed 21st out of 35 teams at the Stanford Invitational this Saturday. This five kilometer race is held annually at the Stanford golf course.

Coach Marcus Stone was impressed by the improvement of the team over the last few meets.

“The team overall did great,” Stone said. “[We showed] a lot of improvement, not only the varsity but the younger runners also.”

Stone was especially pleased with Cook’s performance in the race.

“He’s really fast,” Stone said of Cook. “He’s getting better, also. He and Ben had been switching [between first and second place] the past couple meets, and this race he took it from Ben.”

The team has a quick turnaround before its next meet, which is Tuesday’s Santa Clara Valley Athletic League (SCVAL) Preview at Crystal Springs.