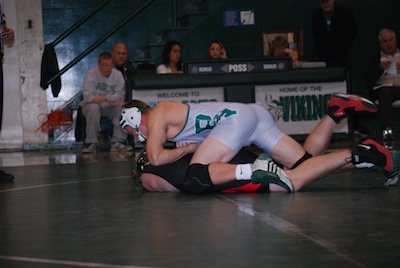 Erik Anderson (’13) pins his opponent in a dual meet last year. Anderson will lead the team as well seasoned captain.

The Paly wrestling team is coming off a successful 2011-2012 campaign which culminated with a fourth place finish at the Central Coast Section (CCS) Championship tournament. They will look to to rebuild following the graduation of a talented class of wrestlers.

The Vikings will be led by dedicated upperclassmen like Marshall, Gary Hohbach (’13) and Erik Anderson (’13). Barring injury the Vikings should make another significant impact at the sectional tournament.

The wrestling season opens on Dec. 1 with a dual meet at San Benito High School.