Did the sports community and the entire nation overreact to the Mike Rice incident or did they react the right way?

Rohit: I think that people are overreacting to this whole incident. Keep in mind, I am in no way condoning Mike Rice’s actions. Rather, I believe that the outside world is looking at this as one isolated incident and not taking the whole scope of things into account.

Jonny: The bottom line is that this kind of behavior is unacceptable and in no way can be overlooked. Yelling homophobic slurs at players, striking them and hurling balls at them cannot simply be viewed in such a nonchalant manner.

R: I completely agree on that point but let us be frank and agree that this kind of stuff occurs at countless high schools, colleges, and professional sports programs across the country and around the world. The fact is that we have not heard about it yet. I think that people are living in their own perfect world and think that this kind of stuff does not and should not happen when it definitely does.

J:That’s exactly the problem. Players who view it as acceptable for coaches to abuse them since they’re simply looking out for the good of the team, are allowing these horrifying acts to continue to occur across the nation.

R: The point is that the reaction is not completely justified. Rice has become the scapegoat in the situation when in reality, this kind of behavior occurs all over the country. It just so happens that Rice was caught in the middle of this.

J: The response is absolutely justified.  It’s a simple case of an individual in a position of great power abusing their power to a sickening extent. What makes this even worse is that the victims of this abuse of power were college athletes, who were bound by scholarships to play for this man for four years. This situation is perfect, since we need to make an example out of Mike Rice, showing coaches across the face of the earth that abusing their power and abusing players is not alright.

R: Once again, instead of going all crazy over this one situation, we need to take a broader view and educate coaches on better methods to motivate players. Some of the things that Rice did like pushing players and swearing occur at any sporting level, even at Paly. Even some former players have come back and said that they look back on their careers at Rutgers and appreciate what Rice did for them.

J: I find it hard to believe that any former player of Rice would appreciate what he did. I don’t think that any person in their right mind would find any hint of appreciation for how Rice attempted to “motivate” his team. And his motivation didn’t seem to work, seeing as Rutgers had a 29-35 record under Rice.

R: Well the point is that they did that clearly alludes to the fact that many of the  “victims” in this situation do not believe that they were victimized at all. They were on board with Rice’s actions and that just goes to show that his behavior should not be blown out of proportion. The school initially only gave Rice a three game suspension which means that it did not see his actions as egregious enough to be fired over. Only after the video went viral was he looked at in a much worse light. 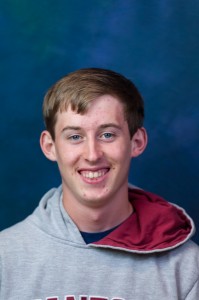 Jonny is a senior at Paly. In his free time he plays lacrosse. He joined Viking in the 2011-2012 school year. 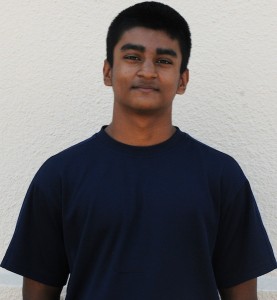