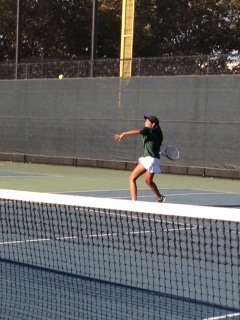 The Vikings dominated the Sacred Heart Prep Gators 6-1 at home this afternoon.

Coach Andy Harader was impressed by the come back his singles players had from their loss to Los Altos yesterday.

Two of the doubles teams also won, however, the score was closer than the scores for the singles games.

Hollie Kool (‘14) and Julianne Le (‘14) took their match into a third set tie-breaker after losing the first set 6-4.  They were then able to win the second game with a small margin, winning 7-5 and then won the tie-breaker 10 points to five points.

Lee expressed her sentiments of her team improving their level of play as the match went on.

“It took us time to get in the groove, but once we did it was really exciting, we were really pumped, and there was a lot of adrenaline, so I think we played really well together,” Lee said.

Caroline Nore (’14) and Samantha Dewees (’14) played a close doubles match, but were unable to win in the end.

Looking a head, the team hopes to be more consistent throughout the whole match and not lose focus.

“I think our consistency and mental game could improve a little because it’s really easy to get down on yourself and think about what the other players are thinking about,” Lee said.

For their next match, the Vikings will take on Gunn at home on Thursday at 3:30. 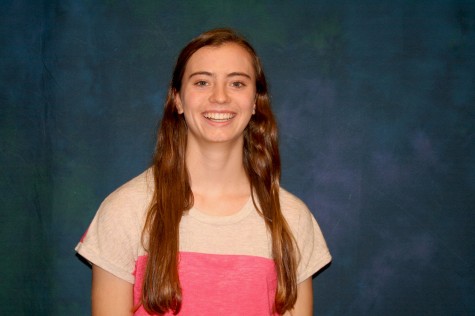