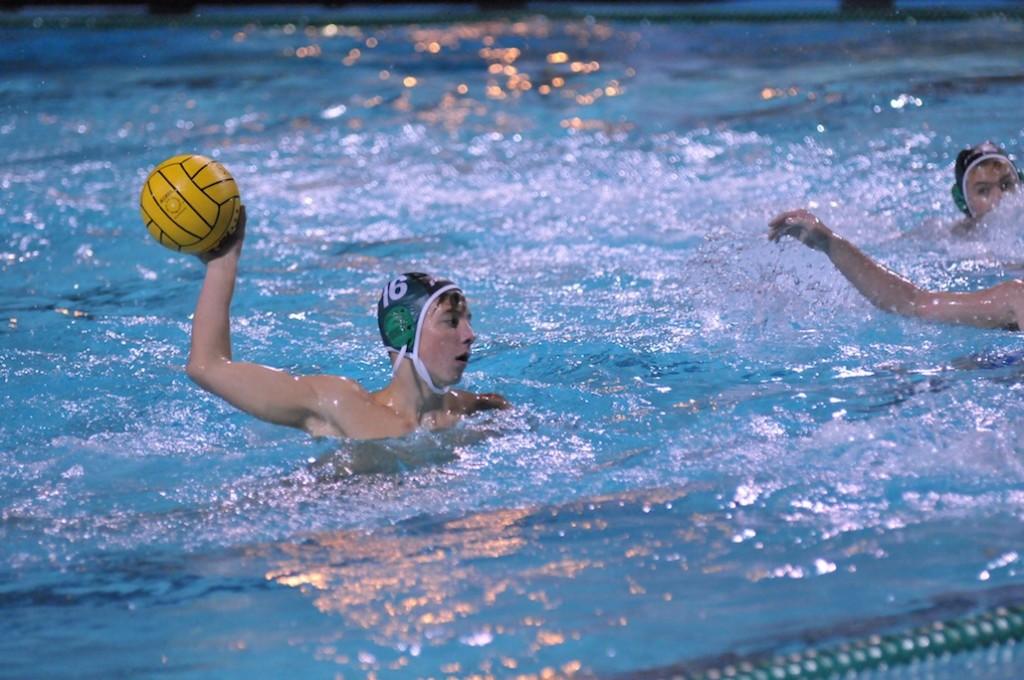 Winston Rosati (’16) prepares to take a shot on goal in their first round CCS game against Pioneer High School. The Vikings defeated the Mustangs 16-7.

Captain Ethan Look (‘14) was pleased with the Vikings’ dominant performance.

“We played well,” Look said. “We put up some good goals, high intensity for all four quarters. It was nice to see the [junior varsity] guys that we called up get some [playing time].”

Frequent substitutions were made throughout the game, allowing multiple Vikings to contribute to the final score, including several junior varsity player and non-starters.

The Vikings quickly jumped to a 5-0 lead, with goals from Look, Winston Rosati (‘16), Lukas Novak (‘16) and Matt Abbott (‘14). A near save from goalie Jake Weinstein (‘14) in the final 30 seconds kept the game a shutout through the first quarter of play.

Paly continued to rack up goals, extending their point streak to ten before the Mustangs snapped it with their first goal of the game, coming with 3:30 left to play in the half. Pioneer tacked on a second goal a minute later, and the half expired with the Vikings leading 10-2.

Novak struck first for the Vikings in the third quarter with his third goal of the game. Paly scored thrice more before Pioneer was able to respond, scoring with 38 seconds left in the third quarter. The match went into the fourth with the score 14-3, Paly.

Pioneer outscored the Vikings 4-2 in the fourth quarter but fell short as the Vikings coasted to a 16-7 victory.

With the first-round win recorded, the Vikings have now shifted their focus to Saturday’s matchup against Gunn. In three encounters this season, the Vikings are 0-3 against the Titans, with their most recent loss coming in the Santa Clara Valley Athletic League (SCVAL) championship over the past weekend.

“We’ve definitely got to do something different from the first three times we’ve played them, because we haven’t gotten a win versus them yet,” coach __ Johnson said. “Hopefully we can figure something out. It’ll be a big game on Saturday for sure.”