Today Paly honored eight of its senior student athletes who will continue playing their sports to the collegiate level. The ceremony took place in the big gym and included words from Athletic Director Earl Hansen and Principal Kim Diorio.

Two of the honored students, Keller Chryst (‘14) and Keesean Johnson (‘14) signed their NLI’s today during the ceremony. Chryst will be playing football for Stanford University.

“[I chose Stanford] for its academics and athletics,” Chryst said. “I look forward to playing with the guys that I’ve met so far.”

Johnson will be playing football for California State University, Fresno.

“It has been something I had wanted for a long time and it just feels good [to be committed] and I’m ready to get there and play,” Johnson said.

In addition to football, Paly will be sending athletes to play volleyball, track and field, swimming and soccer. Keri Gee (‘14) will be playing volleyball for the University of the Pacific and signed her NLI in November.

“I am looking forward to meeting new people and having a great experience there playing volleyball,” Gee said.

These students will join the long list of former Paly athletes who have gone on to play at the collegiate level. 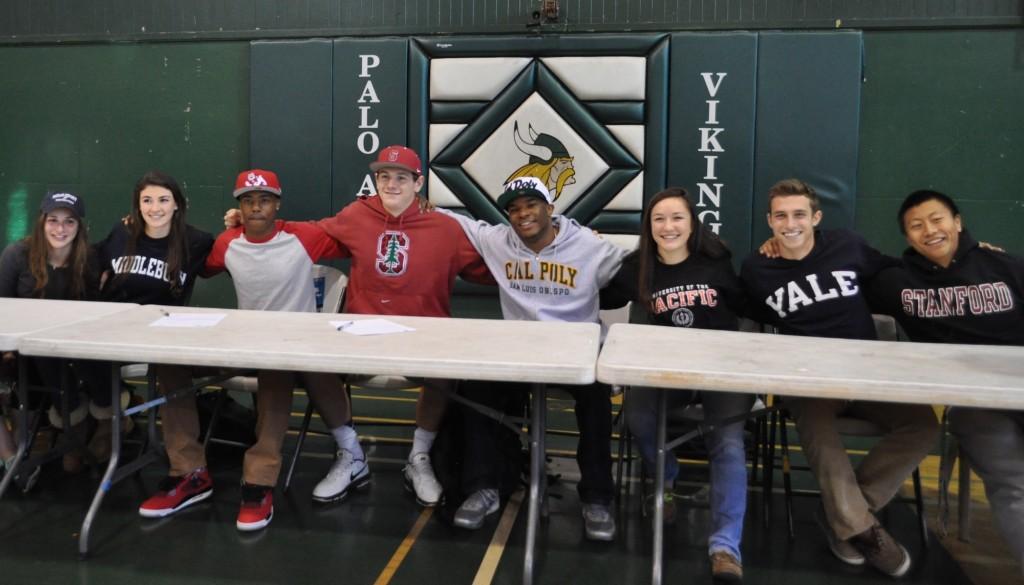