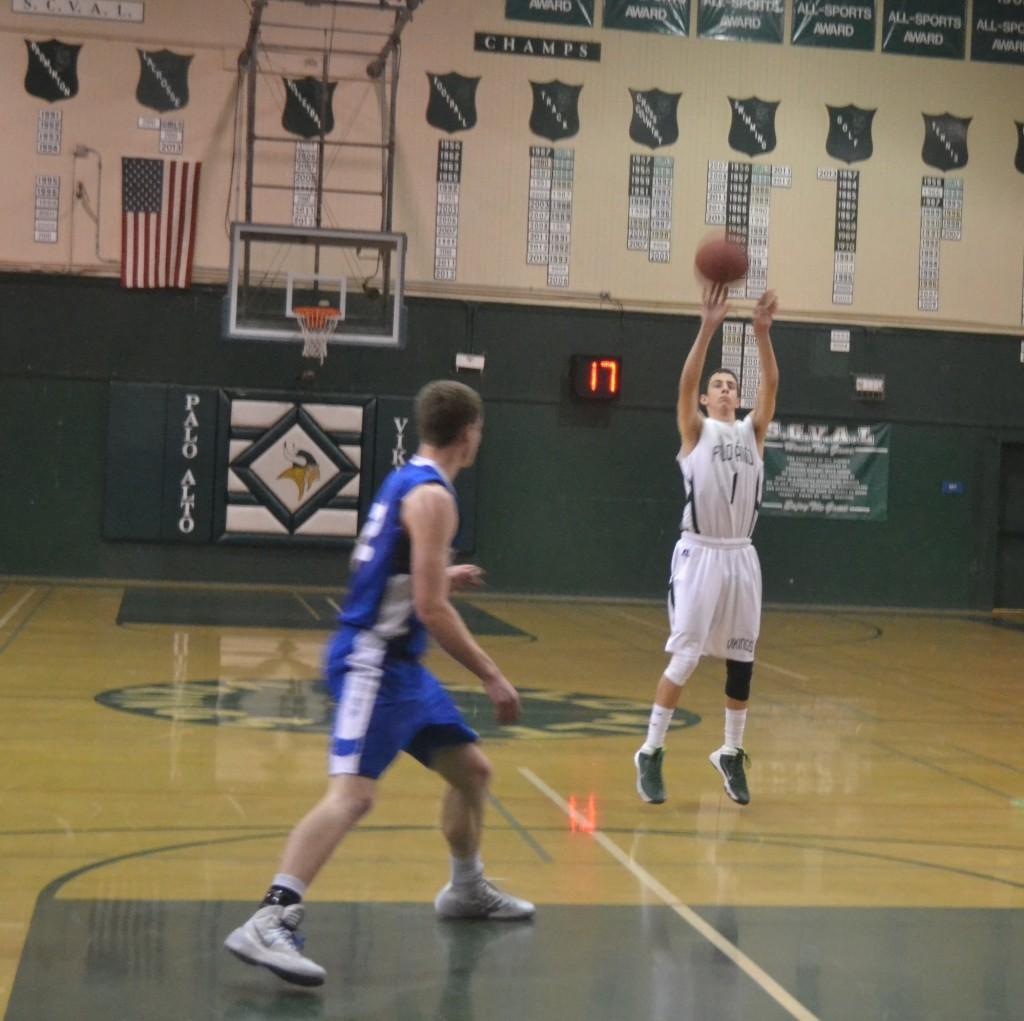 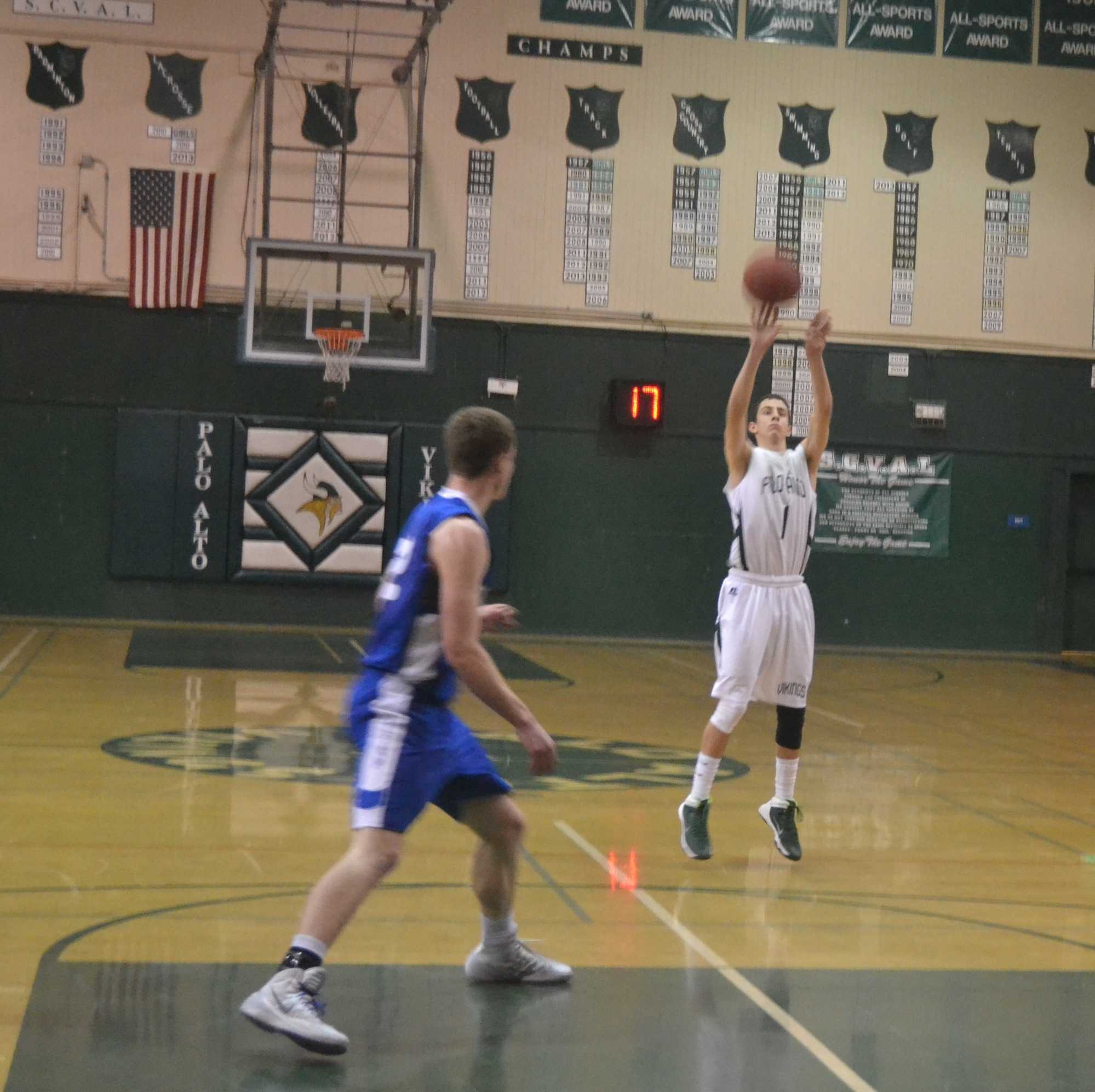 The boys’ basketball team won victory over the undefeated Los Altos Eagles on Wednesday night to advance to an overall league record of 5-2.

“I thought that was the best we played all season especially on the defensive end. We got a ton of stops especially in the 4th quarter,” shooting guard Kevin Mullin (‘15) said.

The Vikings started out the second quarter with a fast pace offense creating multiple steals leading to fast breaks. Due to an aggressive attack on the boards, Paly out rebounded Los Altos in the quarter. Mullin was able to hit a two point shot to tie the game up 13-13.

The second half started off strong for Paly with Johnson scoring two points and teammate Johnny Rojahn (‘15) scoring a deep three pointer. The Vikings still held strong defense as Johnson made a steal and passed to Matthew Fogarty (‘14) in transition.

The Eagles came back to score off a bad pass from Johnson; however, the Vikings held tight after a baseline drive to Rojahn from Johnson for three points.

The Vikings went on to score six more times until forward Justin Hull (‘16) got fouled. The Eagles continued to score, ending the third quarter at 39-37 Los Altos.

The fourth quarter started out with a pass from Fogarty to Mullin, earning the Vikings two points. Hull had an offensive rebound and teammate Schmutz was able to put it back up for two more points.

Paly held strong on both sides of the ball, rebounding a total of seven times before Mullin shot a three pointer. Johnson scored a backhanded layup, and Phillips drove the baseline for two points, taking the Vikings into the lead over the Eagles.

Los Altos scored with the clock winding down shortly before fouling Mullin. Mullin made both of his free throws, earning Paly two more points and taking the team into a strong lead of 55-49 with 15 seconds left in the game.

Phillips rebounded the ball, but was quickly turned over to the Eagles. The Eagles scored once more at the sound of the buzzer to make the final score 55-51 Paly.

Keesean Johnson expressed his excitement over his team’s win.

“We prepared really hard. We went through practice everyday and wanted to knock off the number one team, and that’s what we did,” Johnson said.

Coach Sax was also pleased with his team’s performance.

“I thought we did a much better job rebounding. I think Kevin [stepped up] offensively, and Keesean defensively, but collectively they all did their jobs. That was a key component for the whole game,” Sax said.

The Vikings will play Saratoga next Wednesday at 7 p.m. 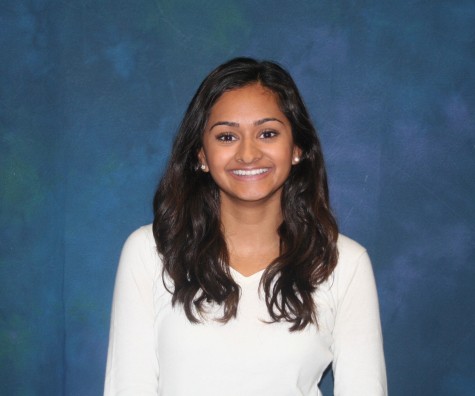