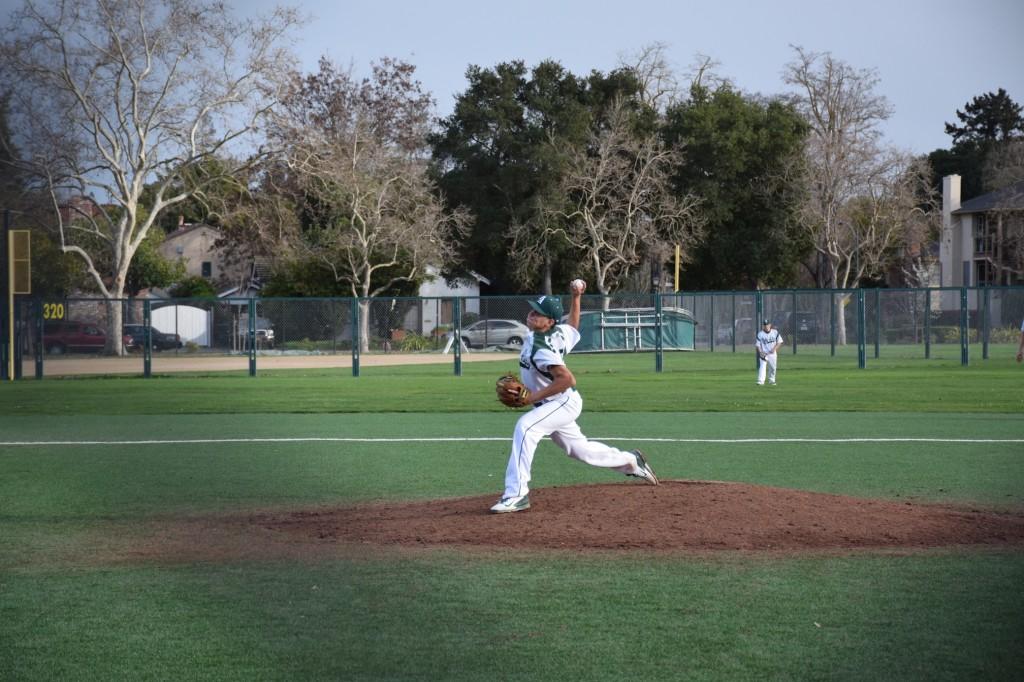 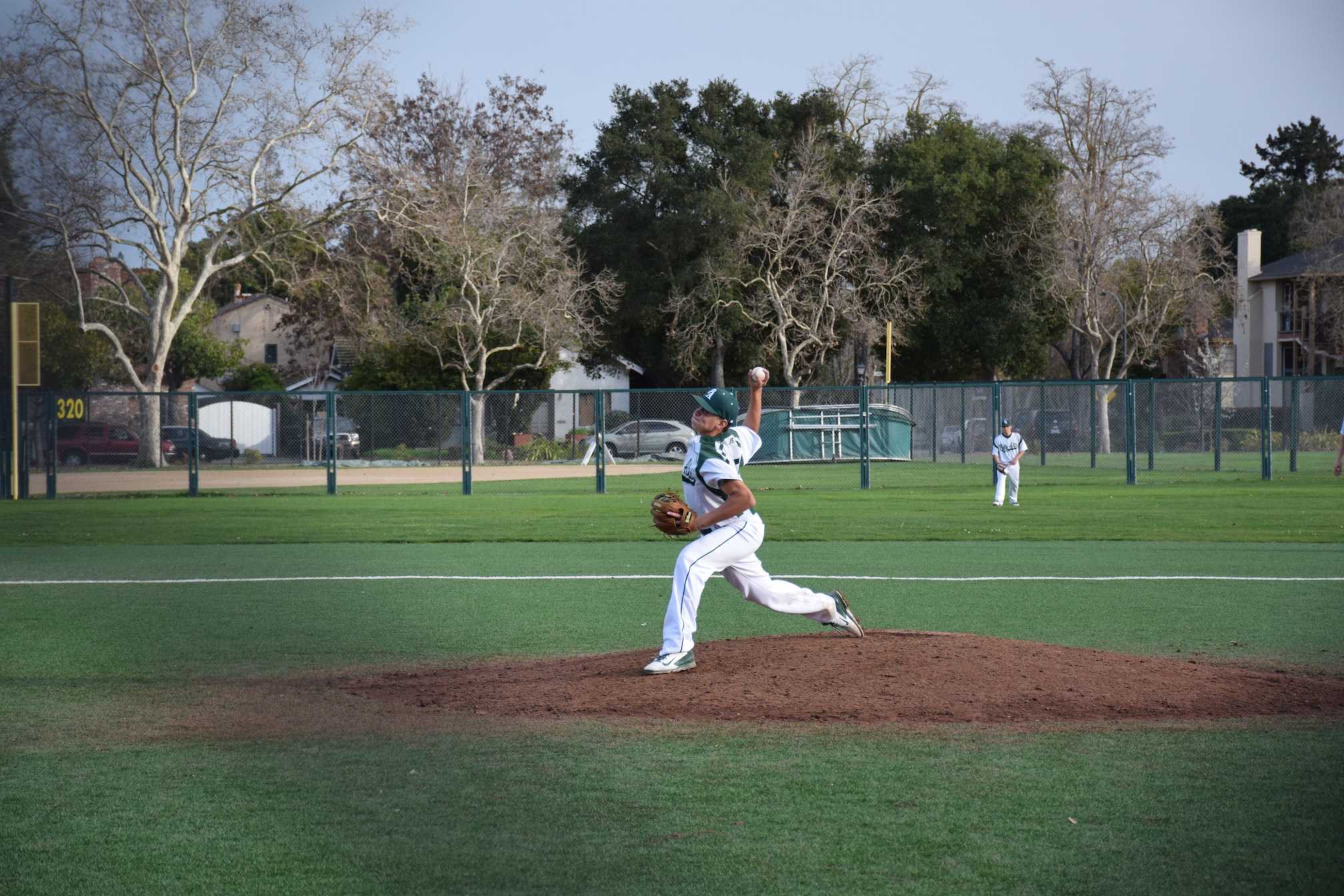 Coming into the game an overwhelming underdog, the Paly baseball team lost a heartbreaker 4-3 to the St. Francis Lancers in extra innings at home Saturday afternoon.

Ranked 7th nationally according to max preps, the Lancers defeated the Vikings in a rematch of last year’s CCS semifinal, which they won 8-3 on the way to a CCS championship. After losing eight seniors from last year’s team, the Vikings were not expected to keep the game close. Although the Lancers totalled 13 hits to Vikings’ five, St. Francis was unable to put away the game until late.

“[I think we played] pretty good,” catcher Austin Kron (‘14) said. “We hung in there for a long time, and they are a pretty good team, so it’s great.”

The game started off slow for the Vikings as the Lancers built up a 3-0 through four innings. During the early scoring, St. Francis catcher Tim Susnara (’14) had a leadoff double as well as two run scoring singles. Paly’s starting pitcher Brian Kannappan (‘14) allowed two runs in two innings, before being replaced by Chris Smith (‘14) in the third inning.

The Vikings contended with the Lancers when Kron hit a leadoff double to left-center in the first inning, and teammate Bowen Gerould (‘14) grounded out, moving Kron to third. Jack Cleasby (‘14) bunted the ball for a chance at scoring, but Kron was tagged out at home. Owen Plambeck (‘16) drew a walk to extend the inning but Paly’s scoring chance evaporated after Lawrence Han (‘16) flew out to right to end the inning.

For the next few innings, the Vikings could not manage much on offense. St Francis starting pitcher John Gavin did not allow another hit and struck out five, but was replaced by Patrick McMullen in the bottom of the fifth inning.

The Vikings found life against McMullen in the bottom of the sixth inning when Gerould walked and J. Cleasby singled. With runners on first and second base, Plambeck singled to deep left center, scoring Gerould and moving J. Cleasby to third base. Han was hit by a pitch, loading the bases for pinch hitter Daniel Tachna-Fram (‘14). Tachna-Fram then singled, bringing home J. Cleasby and Plambeck to tie the game. With only one out, the Vikings were poised to score more, but failed to capitalize and left the game tied going into the seventh inning.

In the following inning, the Vikings put up strong defense when Smith fielded a hard ground ball up the middle and threw it to first base for an out. Gerould caught a deep ball in center field from Saint Francis’ Andrew Carter for another out. The final out of the inning came when Anthony Lim (‘14) fielded a ground ball and threw to first base for the out, sending the game to the bottom half of the seventh inning.

With a chance to win, J. Cleasby led off with a single, and stole second base. A bunt by Tachna-Fram moved J. Cleasby to third base with two outs, but Ben Cleasby (‘17) struck out, sending the game to extra innings.

Smith, still pitching, shut down the Lancers again in the eighth inning, but the Vikings were unable to score as well, so game went to the ninth inning. Smith was able to shut down the lancer high octane offense for six straight innings. Smith was later replaced by Isaac Kasevich (’15), who allowed a run on a double by Blake Billinger (’14). The Vikings were unable to score in the bottom half of the inning, and lost the close game 4-3.

Given the close loss, the Vikings were proud of they way they played against a strong Saint Francis team.

“I think we played pretty well, we had a lot of chances to win that game.” Kasevich said.

Assistant coach Dave Goldman agrees with Kasevich, and feels optimistic about the season despite the team’s 0-2 start.

“We played really well, we played much better than the previous game against [St. Ignatius].” Goldman said. “We need to work on our pitchers fielding their position and work on our bunt game. We want to win our league championship.”

The Vikings will next play this Tuesday against the Serra Padres at 3:30 p.m.