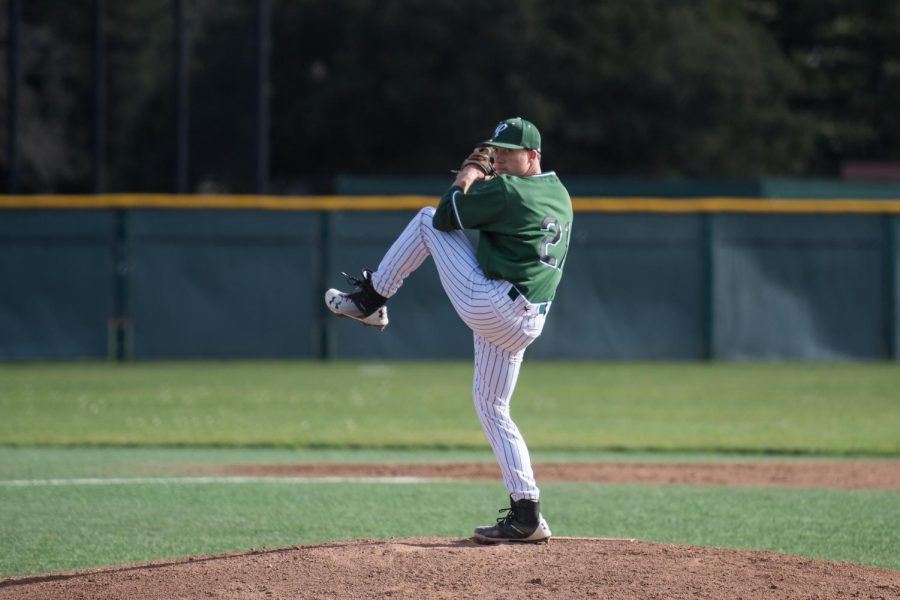 On Friday, Baseball defeated Cupertino by a score of 10-0 behind a strong performance from starting pitcher Spencer Rojahn (‘18) and great hitting by the entire team.

Even though this game was played at Palo Alto the Vikings were technically the away team and started things off strong when Josh Kasevich (‘19) singled home Max Jung-Goldberg (‘18) from second.

Palo Alto added to their lead in the third inning when Jung-Goldberg stole home while Cupertino attempted to throw out the runner stealing second base. Paly could not add more to their lead until the fourth inning when Aidan Berger (‘21) drove home George Welch (‘18) from third base.

Rojahn held the Pioneers to one hit through four innings which allowed Palo Alto to gain control of the game. Jonathan Gottlieb (‘18) entered the game from the bullpen for the Vikings in the fifth inning and only surrendered one hit through two innings pitched.

The Vikes began to pile on the runs late in the game adding four more in the sixth inning and another three in the seventh. Jake Varner (‘18) entered the game for Gottlieb in the seventh to close out the Viking’s impressive shutout victory.

“We played very solid today,” Paul Thie (‘19) said. “We got ahead early and kept adding runs throughout the game.”