The Cost of Coaching – The Viking Magazine

The Cost of Coaching

Coach Gifford watches tensely from the sidelines. From his rigid stance and the hawk-gaze he’s keeping on the field, you would never know that the Paly football team is up 40-7. It’s the middle of an essentially meaningless third quarter, a win that’s the Vikings to lose, but when Paly breaks up an Overfelt Hail Mary pass, Gifford jumps up and down with sheer childlike joy, grinning and celebrating with his players. He looks more like a player himself, if anything, jostling the players on the sideline with him and pointing to his o-line like a proud father pointing out his son in a little league game.

Coaches are, in a word, leaders. They are the ones who bring the team together, transforming an eclectic mix of skilled players into a unit that works as one. Unsurprisingly, they are some of the highest paid government employees in each state, compensated well for the essential role they play in our sports culture and in the lives of our youth.

Yet at Paly, the salaries of coaches are found at the bottom of the payroll. These coaches put in hundreds of hours into their program, whether it’s watching film on their next opponent, running offseason workouts, or driving kids to and from games. Our coaches sacrifice their own time, yet only get paid on average $18 an hour while their team is in season. That’s marginally better than Palo Alto’s own minimum wage of $15 an hour. Is an extra $3 an hour really sufficient compensation for the immense necessary knowledge of games, players, and the compassion shown in playing a role arguably just as identity-shaping as that of a teacher?

When looking at the coaching salary, it’s evident that the amount a coach gets paid is directly related to the sport they are coaching. For instance, a varsity basketball coach gets paid more than a varsity soccer coach, who gets paid more than the dance coach, who gets paid more than the varsity golf coach, and so on. Besides already being significantly underpaid, Viking wonders: who decides which sport receives a higher salary? And in a high school culture where certain sports, such as football, are already awarded an exponentially larger share of school funds and fan attention, would this payment disparity not simply exacerbate the advancement of those certain “popular” sports over others? A job position that offers a higher salary is likely to attract more skilled coaches, thereby improving the team, and continuing a cycle in which the best teams improve and continue to receive higher funding. When talking to Cassidy Bolger, payroll and benefit technician at the district office, Bolger said that many factors are taken into account when deciding the payroll tiers, including the amount of revenue a sport brings in and the length of the season. This helps explain why football and basketball are tier A sports since they are “big ticket sports,” Bolger said, as is cheer, since it has a longer season than most.

Although the salaries of the coaches may have been adequate a few years ago, these salaries have not changed enough over that same amount of time.

“Approval [for payroll tiers] has to pass through the school board and athletic director for approval, but it was set a few years ago and might need readjusting,” Bolger said. When looking at the differences between the 2018-19 and 2019-20 payroll schedules, on average each salary section only increased by $10. Considering the length of an entire season – generally 3 months at minimum – a raise of only 10 dollars for 90 days amounts to around 11 cents a day. Considering that the average practice is 2.5 hours, this amounts to a meager 4.4 cent per hour raise. It’s hardly plausible that another profession in the Paly community would be rewarded for their hard work with a raise that barely pays for two cups of coffee for an entire season. So why is this not only accepted, but expected, for Paly coaches?

Furthermore, these salaries don’t take into account the time spent commuting, watching film, and most importantly off season training. Most teams at Paly train regularly in their offseason, on their coach’s own time, and this is time that’s never compensated. Expecting coaches to donate their own time out of the goodness of their own heart is unreasonable, yet without the offseason time committed by the coaches, our athletes are able to focus closer on their personal growth.

“The off season is really helpful because it gives me time to focus on small aspects of my game and really try to improve in specific areas” Rebekah Limb (‘20) said.

A prime example of this is the basketball team. They started their preseason the week that school started and will continue developing skills up until the season starts. After the season ends, these workouts will start up again and continue into early July for the process to start again in August. Although this example is just from one team, many teams follow these same practices, including but not limited to wrestling, football, and volleyball. Though these coaches have to present during these workouts to ensure the safety of their athletes, they are not compensated for these additional hours they put into the team. Though these workouts are not mandatory to hold, they’re an important activity to maintain Paly as an athletic powerhouse.

It seems impossible to overstate the importance of Paly coaches. As employees of the school, they’re responsible for far more than leading our teams to wins – although they do plenty of that too. Being a coach entails being a mentor, a leader; coaches are expected to blend friendship with authority, to be a trusted figure for their players, the families of players, and the fans. Perhaps it’s easiest to see the impact of coaches when we observe them working on a national scale – when we see Steve Kerr breaking clipboards in impassioned speeches to the Warriors, Bill Belichick being doused in neon-blue Gatorade by ecstatic Patriots, _____. Their passion is obvious; their importance to the game just as apparent. We see these coaches as the heartbeat of their team. When the Warriors lose, is Kerr not blamed for his offensive schemes? In the same vein, is he not lauded for transforming that same Warriors 2013-14 roster that was a first round exist into a championship team within a year?

If we can see that importance in the coaches of professional teams, why do we not extend the same courtesy to our Paly coaches, who are tasked with developing those same tight-knit relationships and winning records? Why do we treat our Paly coaches

Our coaches are not a luxury. They are a necessity. It’s time to treat them as such. 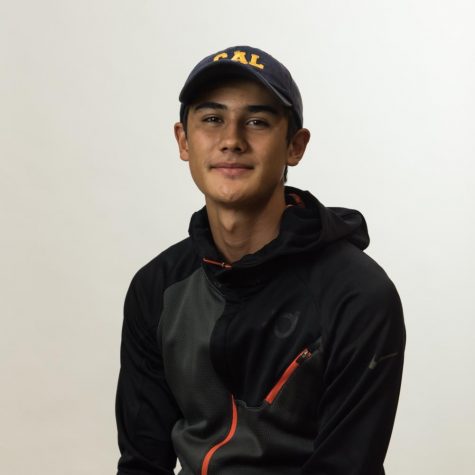 The Cost of Coaching